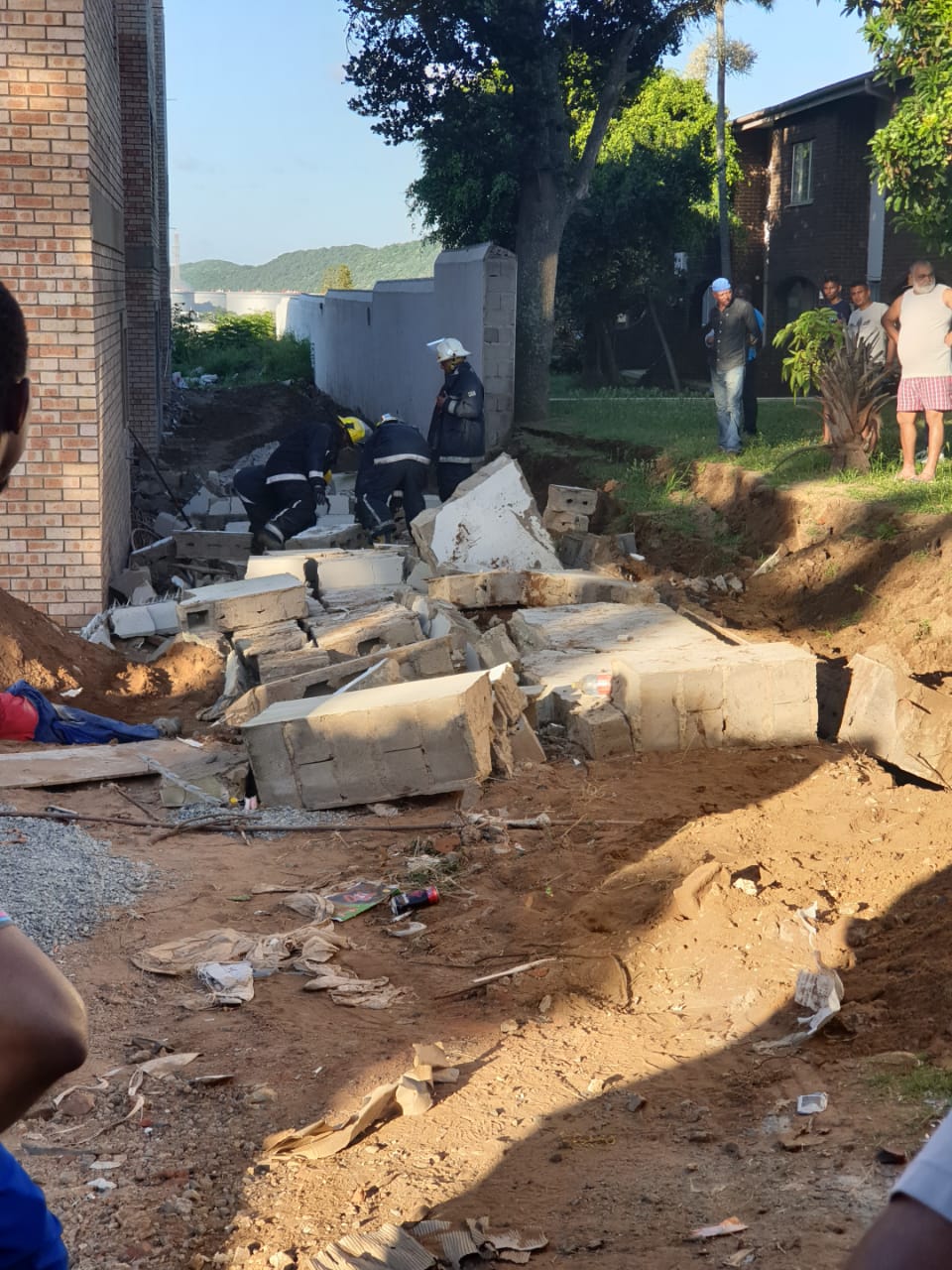 Durban – Three people have been killed after a wall collapsed on them at a construction site in Isipingo Beach, south of Durban, KwaZulu-Natal on Monday.

According to Rescue Care spokesperson Garrith Jamieson paramedics arrived on scene in first Avenue at around 17:00 and found Durban Fire and Rescue personnel as well as KZN Emergency Medical Services.

“Four men had been working on the construction site when the wall collapsed onto them,” Jamieson said.

The three, believed to be in their 30s, sustained major injuries and nothing more could be done for them.

They were declared dead on the scene, Jamieson said.

At this stage the events leading up to the wall collapse are unknown and police were on the scene and would be investigating further, McKenzie said.

3 people were killed and 1 critically injured after a construction wall collapsed on them in Isipingo Beach. Pic Supplied