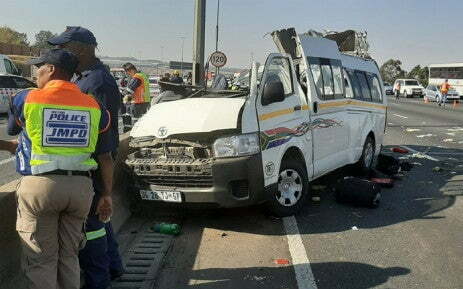 JOHANNESBURG – Nine people were killed on Sunday in a taxi accident at the Buccleuch Interchange.

The Johannesburg Metropolitan Police Department (JMPD) said the taxi had overturned and four people were injured.

“There is a serious accident on the M1 South Buccleuch Interchange where a taxi has overturned. At least 9 people have died in the accident and there is a major obstruction of traffic.

“Motorists travelling in the southward direction towards Buccleuch are advised to drive with causation,” said JMPD spokesperson Wayne Minnaar.