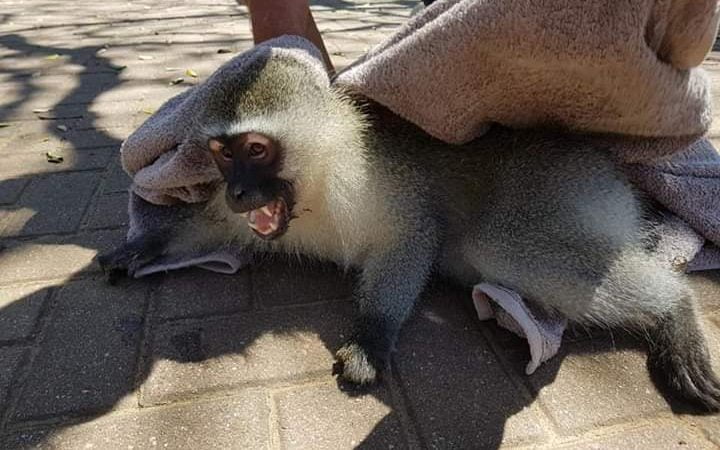 D urban – Just two days after a troop of monkeys was poisoned in Umdloti, a private investigator said he had identified both a suspect and a witness to the crime, North Coast Courier reports.

Sean Peirce from Coast to Coast Special & Private Investigations said they were busy putting the evidence together, which had to be complete before any arrests could be made.

“So far we have a witness and we are very confident about the evidence we currently have. However we still need to pool all the evidence that might be available,” said Peirce.

The Umdloti community rallied behind Monkey Helpline’s Steve Smit and Carol Booth on Saturday in an attempt to save 22 monkeys, 13 of which died.

The nine survivors are being treated at a vet in Durban North.

Booth said they would be thrilled if the person behind the poisoning was prosecuted.

“If this person is not caught, it actually means not only monkeys are in danger but all animals,” said Booth, referring to the dog that died after eating the vomit of the poisoned monkeys.

Dr Kerry Easson from the Riverside Veterinary Clinic said the surviving monkeys were doing very well in their care and only two were still struggling.

It is suspected the monkeys were killed with a poison known as “Two Step” that is highly toxic, even to humans.

Residents of Umdloti have rallied together and raised an R10,000 reward for anyone with information that leads to the prosecution of the person behind the poisoning.

Marshall Security also offered a R20 000 reward for information leading to a successful prosecution of the suspect.