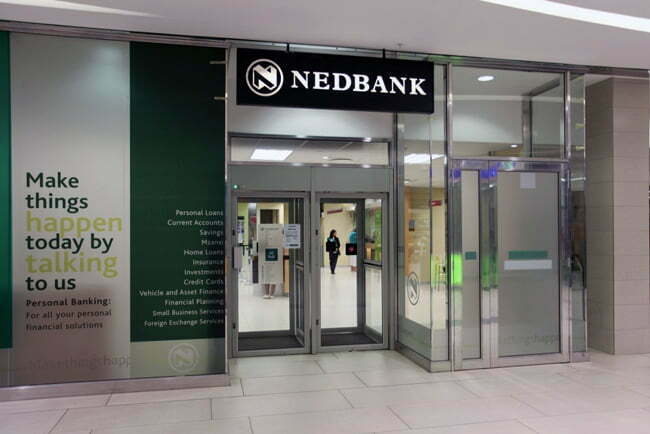 Nedbank has placed several staff members in self-quarantine after an employee reported to the bank that he had been in contact with the KZN Midlands man who tested positive for the deadly coronavirus this week.

Nedbank said the staff member was part of a group of 10 people who had travelled to Italy.

Nedbank’s potentially affected employee came into contact with several staff members in two meetings in Durban this week, and the bank, in response has placed all those staff members on self-quarantine.

The 38-year-old patient who tested positive for coronavirus this week is currently under self-quarantine at his KZN Midlands home. He experienced flu-like symptoms, malaise and a headache three days after returning to the country. His private doctor took swabs and later confirmed the virus. The doctor has also since been placed on self-quarantine too.

The school attended by the 38-year-old man’s two children – Cowan House Preparatory, was also closed on Friday as a precaution.

Nedbank’s chief risk officer, Trevor Adams, said the employee had been in contact with several staff members after attending meetings at the Pine Walk branch in Pinetown and at the Kingsmead Campus, near the Durban CBD.

“Nedbank can confirm that a Durban-based staff member was part of the group of people who arrived from Italy on 1 March 2020 where one of the members of the group subsequently tested positive for coronavirus or Covid-19,” he said on Friday.

As a precaution, Nedbank has informed the National Institute for Communicable Diseases and placed all employees who had come in contact with the staff member on self-quarantine.

“The Durban-based employee has been self-quarantined and been tested for the coronavirus and is awaiting results in order to determine if the employee is positive or not.

“Staff that have come into contact with the potentially affected employee on 2 March 2020 have already been contacted and placed in self-quarantine. They will be tested before they are cleared from self -quarantine to return to work,” said Adams.

Nedbank also communicated the developments with staff around the country on Friday and assured the public that the affected staff member – who has not been confirmed as a positive case – had not come into contact with any clients or third parties.

The bank also said it had attempted to “deep clean” all office spaces where the staff member had been in since returning from Italy.

“The physical areas the potentially affected staff member came into contact with were isolated and have already been deep cleaned as a precautionary measure. The deep clean kills pathogens or bacteria in the air and on surfaces and the building is safe for occupation 15 minutes after it has been applied,” said Adams.

In its communique to staff, the bank urged employees not to panic: “There is no need to panic. Even if someone is infected most people have flu-like symptoms and recover soon”.

A spokesperson for the Health Department could not be reached for comment as their phone was off.