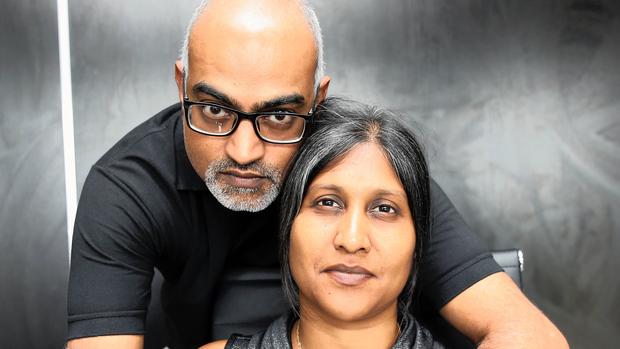 Durban – A Phoenix couple have brought a R15 million claim against an uMhlanga specialist obstetrician for the emotional trauma they suffered during and after the birth of their severely deformed baby.

The distraught mother has said, in court papers, that she would never forget how she cried uncontrollably as she held her “horrifically deformed” newborn child in her arms and the doctor told her to “keep quiet” as he stitched her.

She had undergone a Caesarean section.

Neeren Ramsewak, 42, a planner for Eskom, and his wife, Temeshini, 39, through their attorney, Theasen Pillay, filed a combined summons in the Durban High Court last month.

They are suing Dr Abdul Hazmath of the Umhlanga Medical Centre for negligence, emotional trauma, distress, anguish, pain and suffering.

Temeshini gave birth to Jordon Taylor in May 2016 at the Umhlanga Hospital. She was shown the deformed baby soon after his birth.

“The baby had a deformed face, one deformed limb and no sex organs. He was also struggling to breathe and made a gurgling sound.”

The couple stated in court papers that they were in disbelief as they had been given every assurance by Hazmath that their baby was physically normal.

Temeshini, who had a brain tumour removed in 2010, claimed that after consulting her neurosurgeon, she was given a clean bill of health to try for a third pregnancy.

In November 2015, she consulted a general practitioner after suspecting she was pregnant. She was referred to Hazmath, who confirmed she was six weeks’ pregnant.

Excited at the news, the couple began preparing for their baby. “We prepared a nursery, bought a pram, cot, clothing, toiletries and all the other necessities.

“But we had to return all the items explaining to the stores that the baby had died. This was emotionally traumatic,” said Temeshini.

During her consultation with Hazmath she was told her baby was developing well. However, in February 2016, she claimed Hazmath told them that there was insufficient amniotic fluid in her womb.

She was admitted to the Mount Edgecombe Life Hospital for five days and underwent a series of scans, examinations and tests.

During a follow-up consultation with Hazmath, they claim he told them that there was still an absence of amniotic fluid but the foetus was developing well.

Temeshini said he cautioned them that the baby would be small in size at birth because of this lack of amniotic fluid, and that the lungs might not be fully developed.

“But we were given the assurance that the baby would grow normally thereafter.”

In March, the couple consulted Hazmath to determine if the treatment given to her had increased the levels of amniotic fluid.

“It did not and, despite this, he still assured us the baby was doing well with a strong heartbeat. When we asked about the sex of the baby, Hazmath said it was not visible. This was his response at every consultation prior to the baby’s birth,” she said.

In April, Hazmath allegedly informed them that the baby was suffering from a condition resembling spina bifida, a deformity of the lower spine. He said the baby would be treated for the condition immediately after birth.

“This was disturbing and things started to take a turn for the worse. In May, he referred me to a Dr Bhorat at the Umhlanga Medical Centre for an amnio fusion. He was told by Bhorat that it would not help because it ought to have been done earlier.”

She then claimed Hazmath prescribed a steroid for her which had to be taken via injection every eight hours over 48 hours.

“I was also given oral steroids to help the baby’s kidneys and lungs develop. On May 25, I experienced labour pains and was admitted to hospital and underwent a Caesarean section.”

When the baby was born, Hazmath said it had severe abnormalities in the lower extremities and the room filled with staff went silent, the couple claimed.

“We were told we did not have much more time and I was given the baby to hold. By then he had turned blue and struggled to breathe. He died in my arms.

“I felt responsible for our baby’s death because as a mother you are meant to protect your children. Baby’s funeral was held a day after my birthday and it has been a very emotional two years for us.”

The couple said they were taking legal action because they wanted justice.

“Another family should not have to go through the pain we went through.”

Hazmath has until the end of this week to respond to their allegations. POST