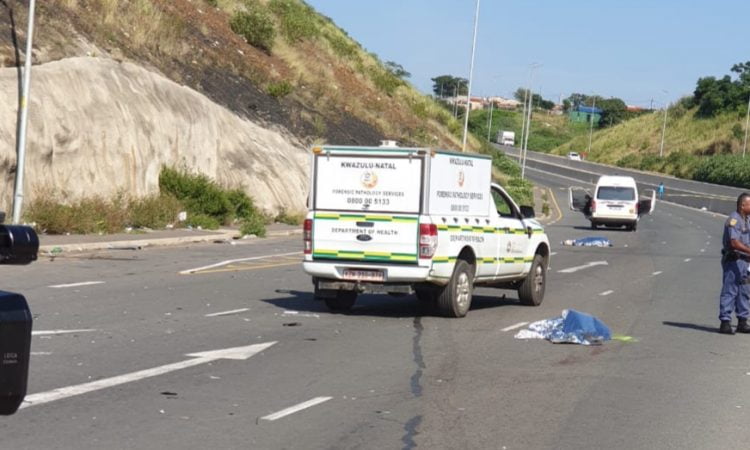 Durban – The taxi ploughed into four schoolgirls, dragging them until it came to a stop in Newlands East, Durban.

A 33-year-old taxi driver, who fled the scene of a deadly crash on Wednesday, was arrested at the KwaMashu police station in Durban.

The man was the driver of a minibus taxi that ploughed into four schoolgirls in Newlands East on Wednesday morning.

“A 33-year-old driver has been arrested for three counts of culpable homicide at KwaMashu police station. He will appear soon in the Ntuzuma magistrate’s court,” said Lt-Col Thulani Zwane.

The four girls were on their way to Newlands East Secondary School when the taxi driver allegedly shot a red robot and ploughed into them. The vehicle dragged the girls for several metres before it came to a stop. The driver then fled.

Three of the girls died on the scene, while the fourth girl was rushed to hospital. She is in a critical condition.

#NewlandsCrash: At the scene of the Newlands East crash where the dead bodies of three teenage school girls lay on the road. They were knocked by a taxi earlier while on their way to school. @OpenNewsSA pic.twitter.com/ZWhCc9RCkO