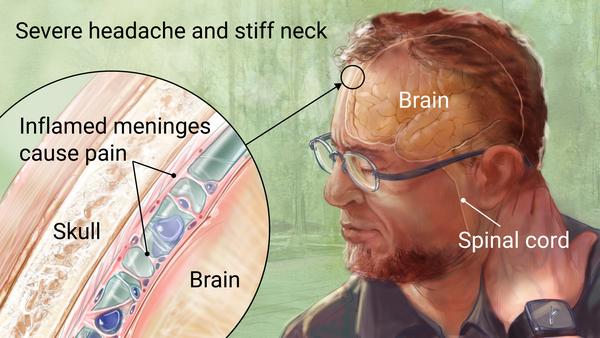 AT least 40 pupils as well as doctors, nurses and teachers in Amanzimtoti have been placed on antibiotics to prevent them from contracting a “very infectious” strain of meningitis following the death of a 7-year-old boy last week.

Paediatrician Thesiga Reddy, one of the doctors who treated the boy at Kingsway Hospital, said he was admitted with a “unique” case of meningococcal meningitis, which was known to progress rapidly. Although it was easy to treat in the early stages, “the child was unconscious by the time he got to the hospital”.

The boy was given the required antibiotics, but once that form of meningitis was at an advanced stage there was always “a poor outcome”.

Reddy said given that meningococcal meningitis was highly infectious the department of health had been informed of the boy’s case and was investigating. He said no other cases had been reported.

Following the boy’s death schools in Amanzimtoti have warned parents to carefully monitor the health of their children. Over the past few days pupils have been sent home with letters explaining what medical red flags their parents should look out for.

Amanzimtoti Primary School and Umdoni Pre-primary issued letters to parents while other institutions including Noah’s Ark Pre-school and Daycare Centre posted warnings on Facebook. However, all the schools assured the community that none of their pupils had contracted the disease.

Doctor Casandra Sullivan of the Amanzimtoti Intercare medical facility said: “It’s terrible that one child died but it’s not (threat of the disease) as major as stated on some Facebook posts.” She said South African children were vaccinated only with the drug Prevnar, which protected them against pneumococcal meningitis and not viral or meningococcal meningitis, which the boy had contracted.

Sullivan said while no other case of meningitis had been reported over the past few days, the few patients who had come in with “suspicious” symptoms had been sent to hospital as a precaution.

“Babies who have high fevers and don’t want to feed should be taken to the doctor immediately.”

Dr Reddy said parents could have their children vaccinated for meningococcal meningitis at private health care facilities as the vaccine was not available at government facilities.

Meanwhile, two cases of viral meningitis have been reported on the Bluff. A Marlborough Park Junior Primary School pupil was rushed to hospital with severe headaches a week ago but has since recovered and is back at school. The principal said no other pupils from the school had meningitis.

However, the boy’s mom has also contracted viral meningitis and is still in hospital. Yesterday she called on parents to be extra cautious when their children complained of headaches.

“When my son woke up he just kept on crying that his head is sore, and then his stomach started running and he was vomiting and that’s when I jumped in my car and took him to hospital.”

KZN health department spokesperson Ncumisa Mafunda said “there is no reason for alarm”.