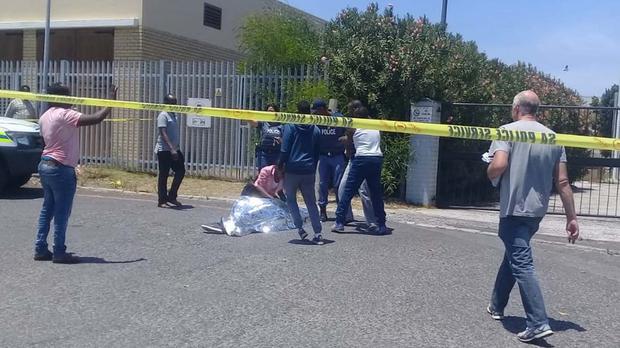 Cape Town – A Somali underworld figure and cigarette supplier has been gunned down outside an Epping wholesaler and robbed of R500 000 in cash.

The 36-year-old businessman from Bellville was getting out of his car in Cochrane Avenue in Epping Industria on Saturday at 12.20pm when he came under attack.

According to crime intelligence sources, Abdi Aziz and a Somali companion had turned into Cochrane Avenue from Gunners Circle, when two men, also Somalis, pulled up in a car behind them and opened fire on them.

The robbers made off with the bag containing the R500 000, which was apparently meant to be used to buy cigarettes at a wholesaler in the area.

Aziz died on the scene while his friend was wounded and taken to the hospital.

Police and emergency services arrived at the scene soon afterwards.

According to crime intelligence, Aziz is a well-known cigarette supplier to Somali shops in Bellville and a prominent member of the Dauud clan, which forms part of the Somali mafia.

After the murder, nearly 200 Somali men descended on the scene.

They demanded Aziz’s body be released for burial immediately, and asked police to view security footage of the incident.

Authorities had to calm the men and explain that the investigation was underway and an autopsy would need to be conducted.

According to police sources, there are fears the murder will spark tensions in the local Somali community which might lead to bloodshed.

“Cases of murder, attempted murder and robbery with a firearm were registered after an incident on Saturday at 12.20pm at a wholesaler in Cochrane Avenue, Epping Industria 1,” he confirms.

“A 36-year-old man was shot and fatally wounded and a 22-year-old injured.

“Circumstances surrounding this incident are under investigation.

“No arrests have been made yet. The investigation continues.” IOL