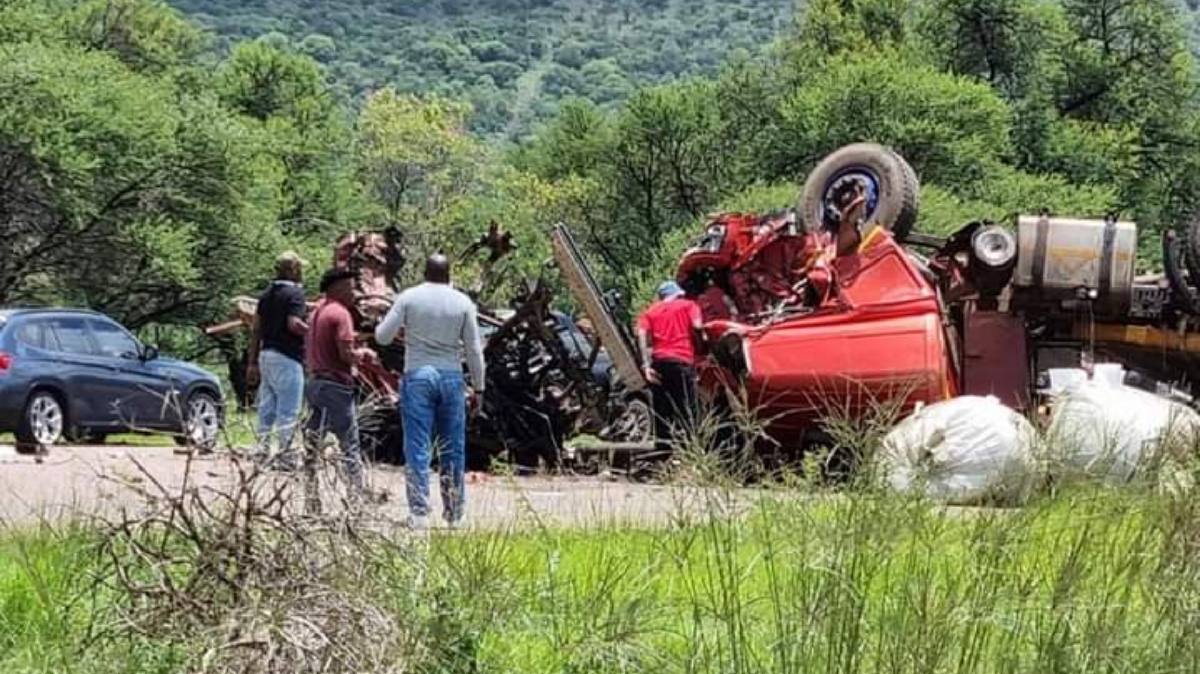 Four Children Amongst Six Killed In N1 Crash Outside Polokwane

Six people have been killed in a collision between a truck and a bakkie on N1 south in the Mokopane area just outside Polokwane on Friday afternoon.

According to ER24 four children are amongst the dead, two adults also died in the accident that happened about 55 km south of Polokwane.

ER24 arrived at 12h15 to find the Provincial EMS and Fire already in attendance.

“A bakkie was found in the one-lane while a truck-and-trailer was found on its roof on the side of the road. Both vehicles had sustained a significant amount of damage in the collision,” reported ER24.

“On closer inspection, medics found that the two adults and four children in the bakkie had already succumbed to their numerous injuries.

“Nothing could be done for them, and they were declared dead by the Provincial EMS.

Two other men, believed to be in their 50s, were lying trapped inside the truck in critical conditions.

The Provincial Fire Services had to use specialised equipment to free the men from the vehicle.

Once released, the men were treated and provided with advanced life support interventions before they were transported to Voortrekker Hospital for urgent care.

The details surrounding this incident are unknown, but local authorities were on the scene for further investigations.