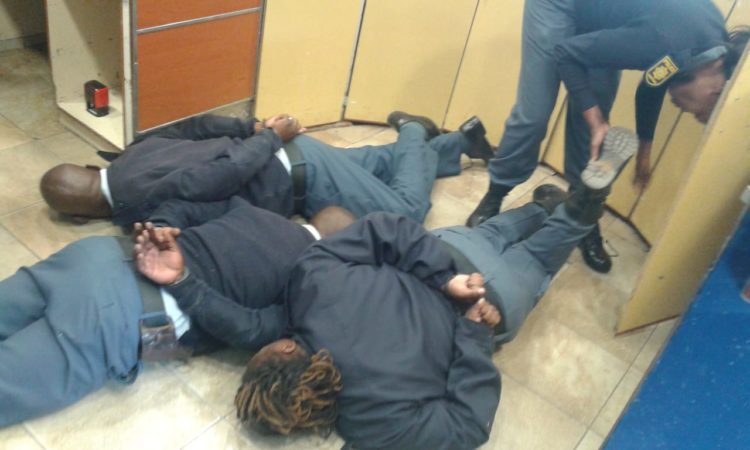 According to national police spokesperson Brigadier Vishnu Naidoo, five members including a police reservist attached to the Namahadi police station in Phuthaditjhaba in the Free State were arrested because they were allegedly part of a group drinking alcohol at a local tavern on Saturday.

Images of the officers drinking in the tavern, and their subsequent arrest, were widely circulated on social media at the weekend.

“While the greater majority of SAPS members have been hard at work to flatten the curve of the spread of the Covid-19 virus, there have been some members disregarding the regulations as well as committing some heinous crimes, thus bringing into disrepute both the SAPS as well as the good work its members are doing,” Naidoo said on Monday.

Naidoo said the officers who were spotted at the Free State tavern initially escaped as members were about to pounce on them.

“However, they were later arrested [on] Sunday as they reported for duty. Pictures of the members being arrested went viral, a moment that SAPS management is not proud of, but the arrest was indeed a necessary course of action,” Naidoo said.

“The 44-year-old tavern owner was also arrested on the same day for violating the regulations on the prohibition of the sale of liquor. All liquor was seized and the tavern shut down. The police officials will be charged with defeating the ends of justice and failing to enforce and adhere to the National Disaster Management Regulations.”