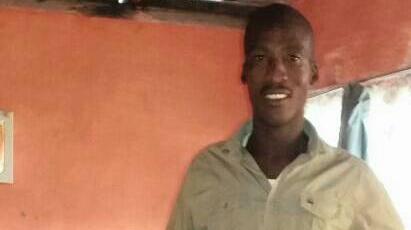 Durban – A woman wants justice after her fiancé was shot dead, allegedly in a case of mistaken identity, when the police – who were there to arrest his brother at their home in the Zaaifoint area in Ladysmith – fired shots at the wrong man.
The Independent Police Investigative Directorate (Ipid) confirmed it was investigating the incident, which has left the family and the rural Ladysmith community in shock and fear of police brutality.

The couple had performed an exchange-of-gifts ceremony on January 1 and were to be married this year.

Muzi Mtshali and his brother were working at their homestead when two police officers arrived and allegedly gave chase to Muzi Mtshali at gunpoint.

His brother, whom they had come to arrest on allegations of assault with intent to cause grievous bodily harm, watched while the police gave chase to Muzi, fatally wounding him.

The Daily News has established that the two officers, from Normandien police station, were arrested on a charge of murder.

They were released on bail and would appear in court again on January 25.

Muzi Mtshali’s fiancée, Sthembile Sibeko, said the family was still trying to come to terms with his death.

She said they had lost a breadwinner and her 3-year-old daughter would now grow up without a father.

“I am still shocked and terrified at the brutality of these police officers. We hope that the investigations will provide the justice we desperately want,” she said.

“He was so excited about getting married. The exchange-of-gifts ceremony in December was such a happy moment for the whole family and everyone was looking forward to the wedding.

“We had already started with the wedding arrangements,” she said.

Sibeko described Muzi Mtshali as a loving person and a popular member of the community who took care of others in the community.

She said his death was a huge loss to the community.

“He ran a family business selling livestock and provided job opportunities to many people in the area,” she said.

Sibeko said Mtshali was all she had because she had lost her parents.

“We were going to build our big house and planned to have more children. He was going to give me a family and a home, but all that was taken away from me. Because of the negligence of these police officers, my daughter and I were robbed of a person who took care of us,” said Sibeko.