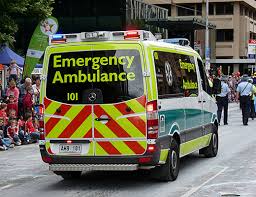 A motorist in his forties has sustained moderate injuries when he was attacked after his vehicle broke down on the N2 Highway South Bound near Westwood Mall on Tuesday night .

Rescue Care Paramedics arrived on the scene shortly after 7pm to find RTI in attendance. The driver who had car troubles and broke down pulled over to the emergency lane when he was attacked, stabbed and robbed by attackers who came out of the bush.

The man had sustained moderate injuries and was stabilised on the scene by Rescue Care Advanced Life Support Paramedics before being transported to a nearby hospital for the further care that he required.

SAPS were also in attendance and will be investigating