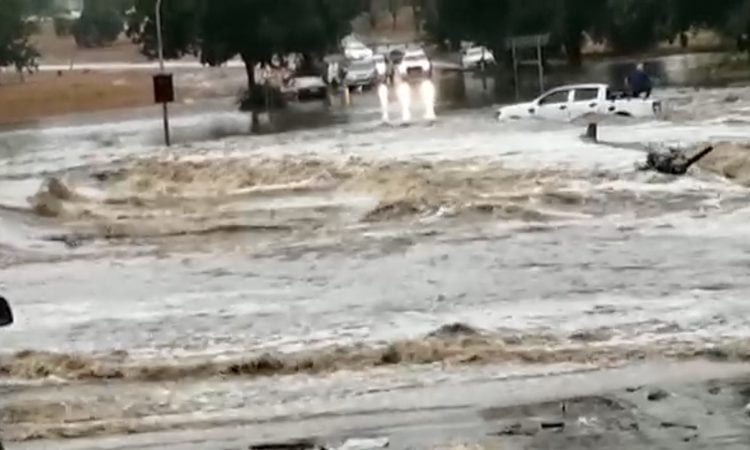 A man had to be rescued after his vehicle got stuck in a flooded street after heavy rains in Centurion on Saturday morning.

According to Deputy Chief Charles Mobaso, spokesperson for Tshwane Emergency Services, the man was attempting to cross a road in his bakkie when the vehicle became stuck on Rabie Street.

Emergency services personnel were called out and rescued the driver from the vehicle. The bakkie was also recovered.

“We frequently experience flash flooding in areas with water collecting capacity, such as Centurion and along the Apies River. Water collects quickly and also dissipates quickly,” Mobasa said.

Mobasa cautioned motorists against driving through heavy water flow during the rainy season.

“If you are unsure of the depth of the water, rather take a detour and use an alternative route. While the water buildup may look small, moving water has a force that can often sweep away a vehicle.”

He added that Tshwane Metro Police are on standby during the rainy season for incidents of flooding.