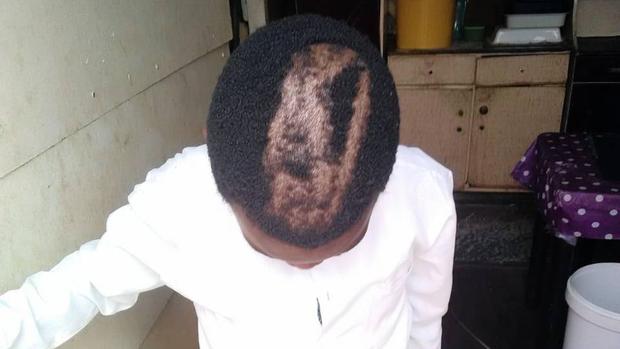 Durban – When Makhosazane Dlamini’s son arrived home weeping, with his jersey over his head, she had little idea what lay underneath it.
On removing the jersey, she discovered that a teacher had taken a razor to his head and crudely shaved his hair, leaving bald patches on his scalp.

The Dlaminis belong to the Nazareth Baptist Church, also known as the Shembe Church, whose members grow their hair long in accordance with their faith.

Dlamini said her 10-year-old continued to go to the Umkomaas school with his hair half-shaved because she would be committing a sin if she shaved off the rest.

She said it was not the first time this had happened.

In June, the child came home with his hair cut down the middle.

However, since she had not submitted a letter to the school confirming the child’s religion, she had not challenged it, although she felt violated.

“I then obtained a letter from the church and sent it to the school.

“I was called to the school and the principal told me that the school should have informed me upon admission at the beginning of the year that long hair was not allowed for any reason.

“He told me to rather remove my son from the school,” she said.

She added that since then her son’s hair had grown back, but she was shocked when he came home two weeks ago with his head shaved again, although the school had been made aware of his religion and beliefs.

She said her son had been traumatised because his hair was cut in front of the class.

“He came home crying. He had his jersey wrapped around his head. I had to comfort him and tell him that it was not his fault, that he had not cut his own hair and therefore had not committed a sin. Once he calmed down, he removed the jersey for me to see. It was like he had been attacked by rats,” she said.

A teacher from a school in Umkomaas allegedly cut a pupil’s hair, violating his religious rights as a Shembe.

Although the Education Department has issued a circular against this practice, incidents of teachers cutting pupils’ hair continue.

The Commission for the Promotion and Protection of the Rights of Cultural, Religious and Linguistic Communities recently opened a case against a police officer accused of cutting pupils’ hair at a school in KwaMaphumulo.

Commission spokesperson Mpiyakhe Mkholo said yesterday that following its letter to the Education Department earlier this year, the department had issued a circular that warned teachers against forcing pupils who kept their hair long for religious reasons to cut it.

“If there are teachers who continue to violate pupils’ religious beliefs after they have been warned, it means they have no regard for the employer’s instructions, and therefore more ­stringent consequences should be implemented by the department,” he said.

Nazareth Baptist Church secretary Thabo Sambothi said the matter had been reported to the commission by the Nazareth Judicial Council since 2016, but complaints from parents whose children still fell victim were reported to the church all the time.

Sambothi said they had received reports about a principal who allegedly cut pupils’ hair in Inanda this week.

Education Department spokesperson Muzi Mahlambi said teachers had been warned against the practice, and those found guilty had been disciplined.

He warned that those found to be continuing the practice would face the consequences.

“We will send our officials to investigate the allegations and make sure that proper disciplinary actions are taken against them. The department will not allow such behaviour to continue at our schools. It’s a dehumanising practice, and the department is totally against it,” he said.

Mahlambi said school codes of conduct should comply with the Constitution and Bill of Rights.

He said schools should respect and consider human and religious rights when drawing up policies.

ANC councillor gunned down in uMlazi