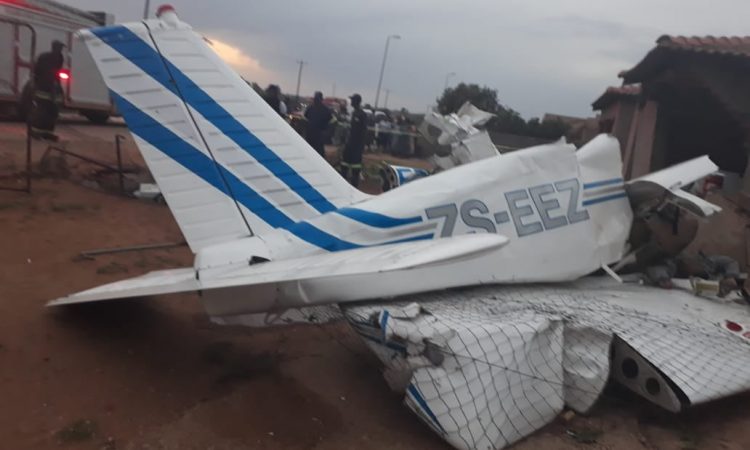 Potchefstroom – Police in Vryburg is investigating a case of culpable homicide after a light Piper aircraft crashed between two houses after hitting the garage wall of one of the houses at Isaac Peloeng Street at Huhudi, near Vryburg at about 17:00 on Sunday, 6 October 2019.

According to information available at this stage, a 30-year-old pilot was declared dead on the scene whereas his passenger was injured and transported to the hospital.

No one got injured on the ground during the crash.

It is alleged that the aircraft was flying from Vryburg to Pretoria when it crashed.

The cause of the crash is unknown at this stage and the Civil Aviation Authority is conducting an investigation in terms of Aviation Act 17 of 1946.

The families of the two affected residences were advised to vacate their houses for safety reasons pending removal of the wreckage.

The investigation into the matter is underway. 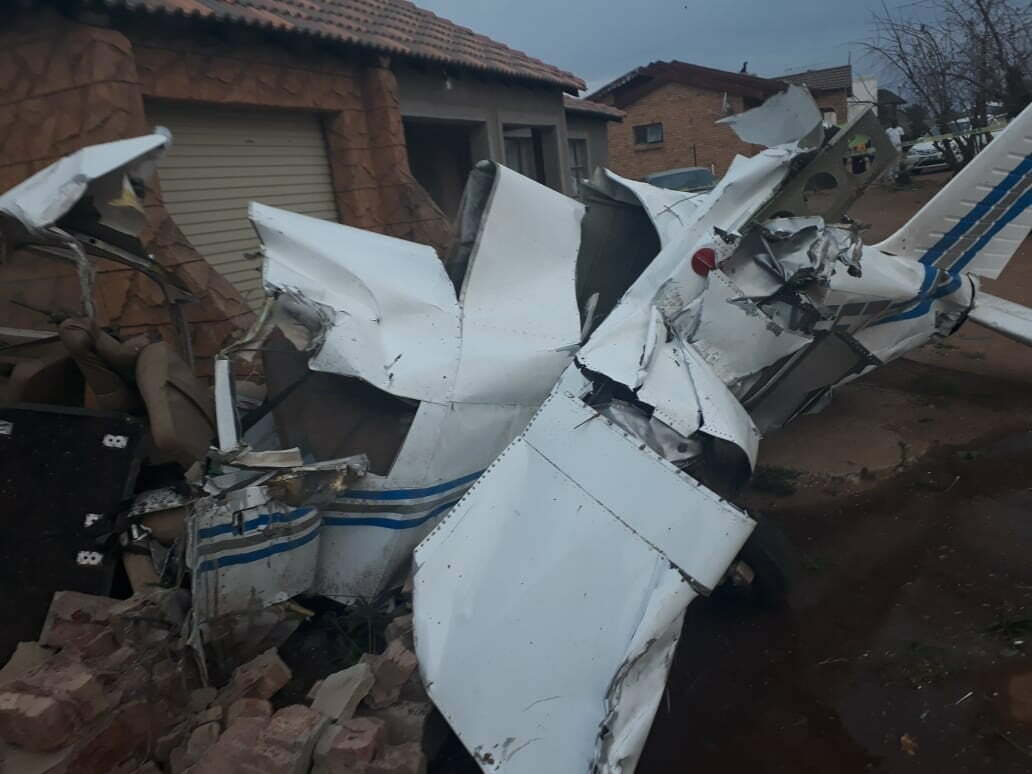 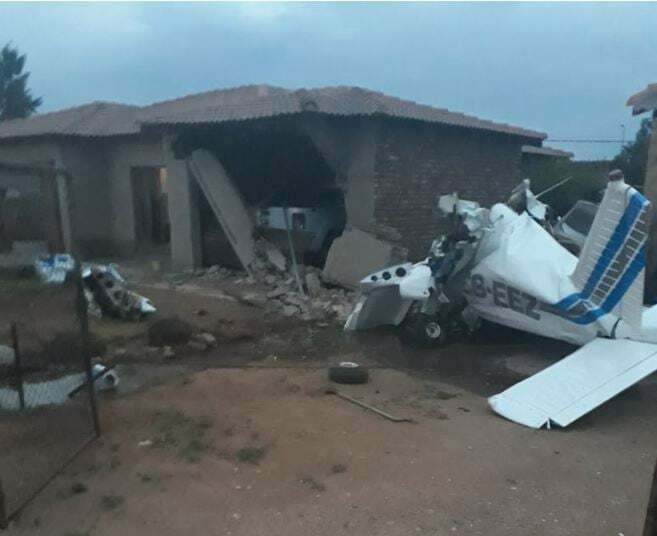 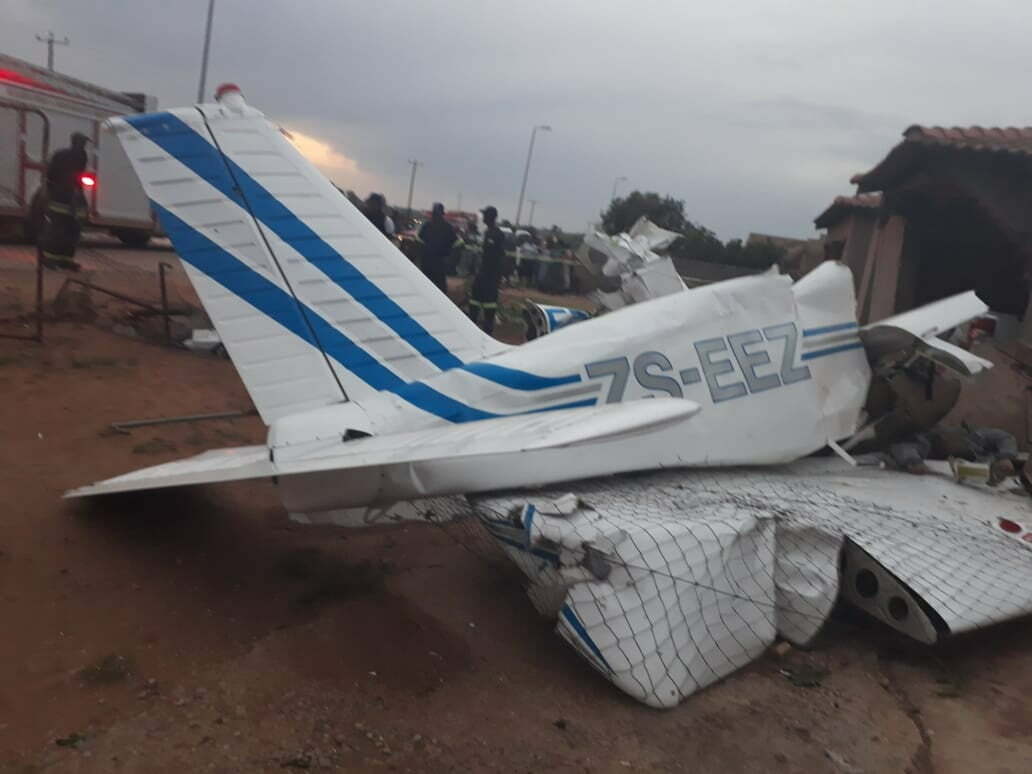