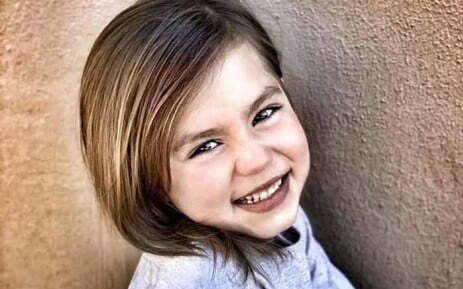 A private investigator who specialises in tracing missing children, Wendy Pascoe, described the abduction of Amy-Lee de Jager as “beyond strange”.

Four men kidnapped the girl, aged six, shortly before 8am on Monday morning near Kollegepark Laerskool in Vanderbijlpark, bundling her into a white Toyota Fortuner before speeding off.

The men allegedly pushed her five-year-old brother, Jayden, aside to get to the girl. Later they contacted Amy-Lee’s father, Wynand de Jager, telephonically with a ransom demand of R2m.

The abduction spurred police to launch a province-wide manhunt, calling in hostage negotiators and tracing teams, augmented by the crime intelligence unit.

“At this stage the police have hostage negotiators and crime intelligence working on the matter, and I have handed over to them. When the call came through, we began assisting the police station, as we do with other cases of missing children,” Pascoe told TimesLIVE.

“This is not something we usually see with kidnappings. This is not an everyday occurrence and I don’t want to say too much. What is odd is that the vehicle wasn’t taken but the child was. Usually, when children go missing in circumstances like this, it is because they are caught up in an effort to steal a car,” she said.

Another curious aspect of the case, Pascoe said, was that the abductors seemed to have targeted Amy-Lee specifically.

“The men paid no attention to the other children at the school, and that should tell us they were waiting for Amy-Lee,” she said.

Meanwhile, ER24 paramedics were summoned to the Vanderbijlpark police station on Monday afternoon, where parents and hostage negotiators had been meeting since the morning.

ER24 spokesman Russel Meiring said that paramedics were called out to assess Amy-Lee’s parents, with her mom complaining of shoulder pain after her child was wrenched from her arms. Both parents’ vital signs were checked and were stable, and neither required further treatment.

A family friend who was at the police station to support the family, Shaun Douglas, described Amy-Lee as a lovable child.

“She loves giving hugs and drawing pictures,” he said.

Meanwhile, the Gauteng education department has expressed “shock” at what happened to Amy-Lee. It said it was supporting pupils and parents.

“We have sent our psychosocial unit to the school to offer the necessary support and counselling to all affected by this unfortunate incident. Some parents took their children home. A parents’ meeting is scheduled for later this afternoon to help allay fears,” the department’s spokesman Steve Mabona said.

Education MEC Panyaza Lesufi said: “We call upon members of the public to not disrupt our schools and instil fear in children. Learners must feel safe in the school environment, which is conducive for effective learning and teaching.

“The safety of learners and teachers is our priority. Under the circumstances, the situation is calm. However, we will continue to monitor the situation.”

Amy-Lee reunited with family after abduction from Vaal school