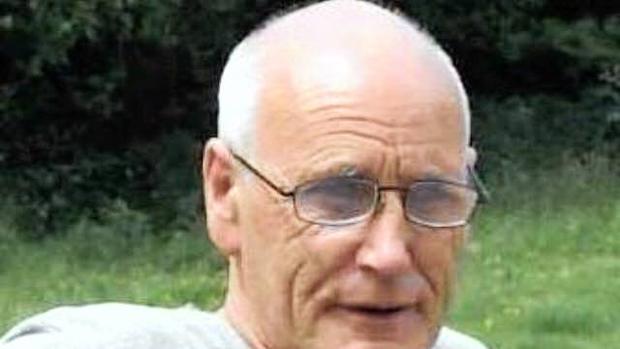 Durban – The family of 66-year-old Irishman Stanley Currie are desperately trying to reach him after he boarded a flight from Dublin, Ireland, to South Africa on December 30, and has not been heard from since.
His brother Richard Currie, who is based overseas, posted a plea for help on the South African Community Crime Watch (SACCW) Facebook page, stating that Stanley had been talking to a woman online for about two years and had decided to meet her.

Richard said he boarded a plane using a one-way ticket, without booking accommodation, to meet her in Johannesburg.

“This person who he was going to meet, no one from the family have any idea who ‘she’ is and we are obviously concerned that it is a scam.

“We are now getting very concerned about him,” said Richard. He said Stanley suffers from depression and has health problems with his heart.

“Numerous attempts have been made by myself and his family to contact him, but his phone has been turned off,” said Richard.

Stanley’s son, Mark Currie, has also appealed for information on Facebook regarding the whereabouts of his father.

“It’s not like him to not be in touch. Any info would be great, thanks,” he said.

Steven King, SACCW’s chief executive, said the organisation was working with the family to investigate what might have happened.

“At this stage all we know is that he possibly boarded a flight from Dublin. We are still waiting for the family to let us know which airline the ticket was booked with,” said King.

According to the family, he added, Stanley had missed his first flight, which was booked by his neighbour.

“They are still trying to find out who booked the second ticket for him,” King said.

He further explained that the family had tried to open a missing person’s case with police in Northern Ireland, but police refused.

“Police said he had booked his own ticket and left the country, so according to them he has gone on holiday and everything is good,” he said.

King said there could be a few factors that are causing Stanley not to contact his family.

“One possibility is that he lost his cellphone or he got himself a South African SIM card. But that’s speculation and we are still trying to establish the facts,” said King.

“If anyone has any information, please contact us immediately so we can contact the gentleman and let his family know that he is fine,” said King.

Richard said while they can’t force Stanley to return home, they just want to know that he’s safe.

According to King, the South African police were also made aware of the situation, but a case has not yet been opened.

Three arrested after attack on police during Shallcross drug operation

2 brothers die in car crash after receiving their matric results