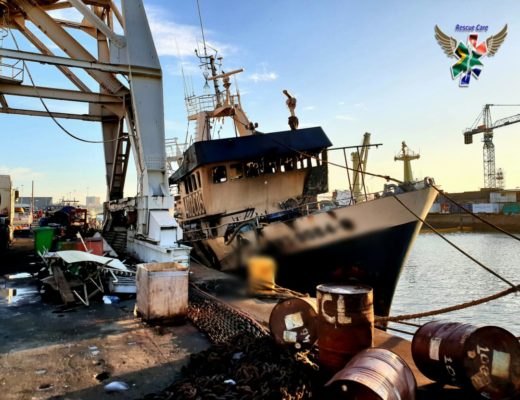 Durban – Bodies of six people have been discovered in the early hours of Friday morning in the gutted trawler which caught alight in Durban Harbour on Thursday afternoon.

Garrith Jamieson of Rescue Care reports that rescue workers and firefighters boarded the vessel once the fire had been dowsed and it was deemed safe to do so.

Soon after, at around 2am they made the gruesome discovery. The six men had all sustained fatal injuries and were declared deceased.

The trawler was gutted by the fire.

Authorities are investigating the cause of the fire.