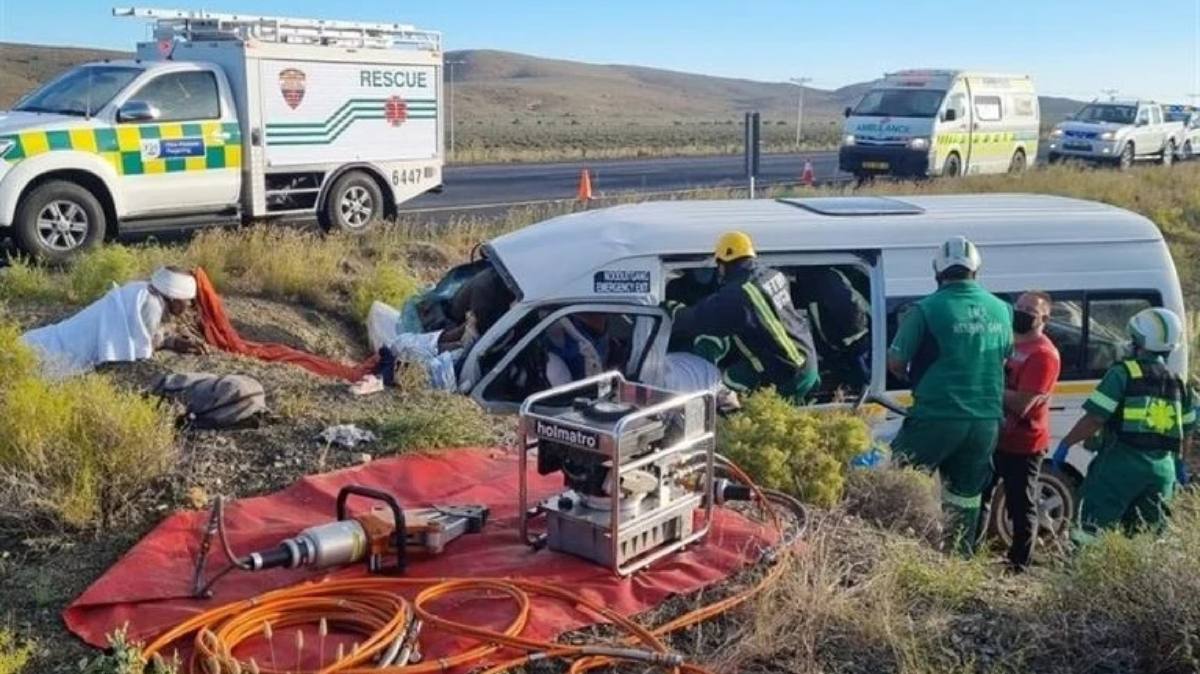 Six people were killed after the minibus they were travelling in lost control and crashed into a concrete barrier on the notorious “death stretch” of the N1 highway near Laingsburg in the Western Cape on New Year’s Day.

The Road Traffic Management Corporation’s Simon Zwane said the crash occurred on Saturday at around 04:45, roughly 24km from Laingsburg.

“One Toyota Quantum minibus, with 15 occupants, was involved in a crash with a fixed object, which resulted in six fatalities and nine injured persons,” said Zwane.

Zwane said the minibus was travelling in the direction of Cape Town when the accident occurred.

He said the driver alleged that he could not remember what had happened.

“He apparently woke up when the EMS removed him from the vehicle,” said Zwane.

The Western Cape transport department’s head of communications, Jandré Bakker, said traffic officials were still on the scene while the accident scene was being cleared.

He added that the N1 roadway was open and there was no impact on traffic flow.

Western Cape traffic authorities said a significant number of multiple road death incidents happened on the specific stretch of the N1 during the festive season.

Bakker said the minibus had 20 occupants. The driver allegedly flouted Covid-19 regulations, he added. The six dead occupants were three women, two men and a girl.

“At 15 adults, it is clear that the Disaster Management Act regulations, which state that long-distance public transport may only transport 70% of its licensed carrying capacity, were most likely disregarded,” Bakker added.

Preliminary indications were that driver fatigue may have been the cause of the accident. It is believed that the driver allegedly fell asleep behind the wheel before the vehicle left the road and crashed.

Asked about the Fatigue Management Operation, Bakker said this was at Rietfontein, which is a distance from the crash site and does not run for 24 hours every day.

“That is why our plea with road users is to stop and rest at least every two hours or 200km,” he said.