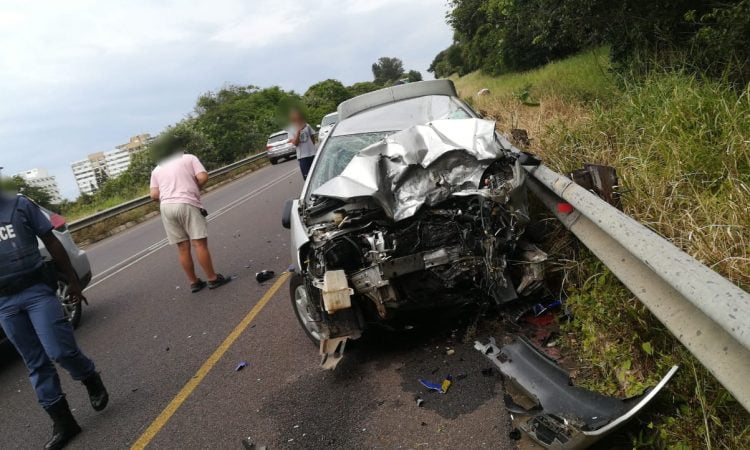 Durban – Two people died in a crash involving a motorcycle and a sedan on the M4 near Umhlanga on Sunday morning.

A biker and the passenger of a Toyota Corolla died in the high impact collision which saw the bike disintergrate.

Reaction Unit South Africa arrived at the scene to find paramedics from a private ambulance service assessing a female who was a passenger in the Toyota Corolla.

She was found to have sustained life threatening injuries and died at the scene.

The biker was found several meters away from the point of impact. His bike disintegrated in the high impact collision which resulted in him being fatally injured.

Now read: Boy, 9, goes looking for help to save mom and sister after car rolls

The driver of the Toyota Corolla sustained moderate injuries and was transported to Victoria Hospital by ambulance.

The driver of the Toyota Corolla explained that he and his wife were travelling north just past the Umhlanga on ramp when the biker who was travelling in the opposite direction allegedly veered into their lane and collided into their vehicle.