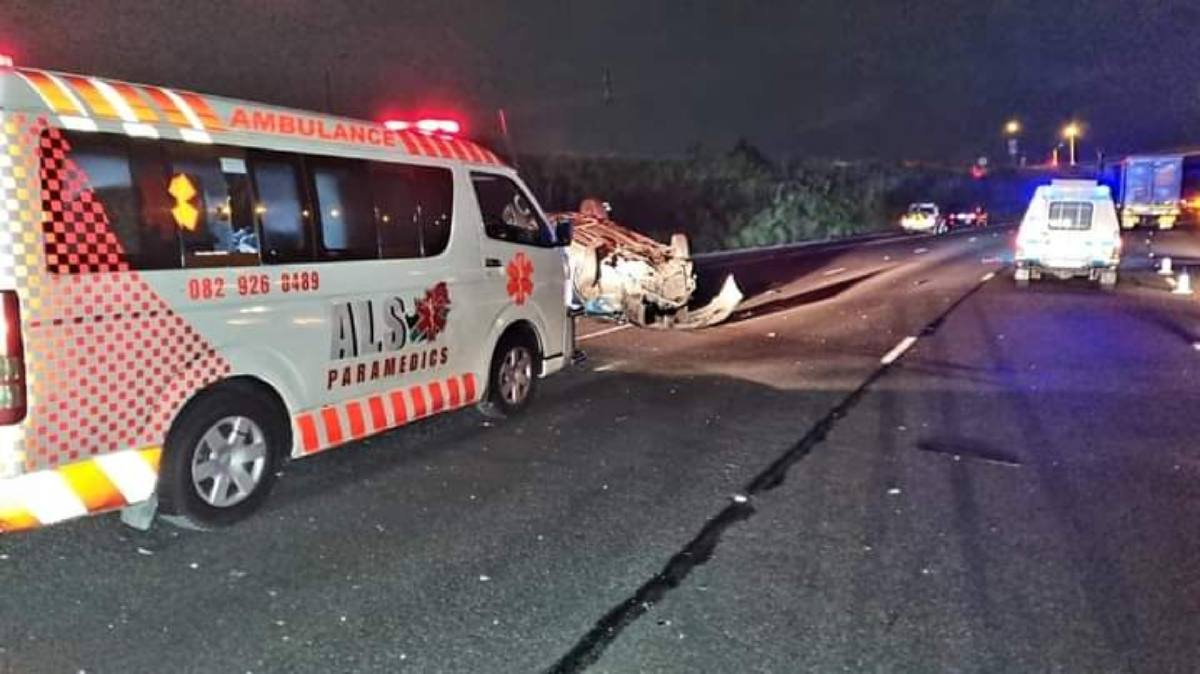 Two Killed In Rollover Crash On N3 In Durban

Two people have been killed in a horrific rollover accident on the N3 West bound under the Spine Road Bridge in Westville just after 9pm on Tuesday evening.

On arrival at the scene it was found that a single vehicle had lost control and overturned multiple times ejecting two of its occupants.

The two occupants, both males in their late twenties sustained fatal injuries and there was nothing more Paramedics could do for them and they were declared deceased on the scene.

One other occupant sustained serious injuries and was stabilized on the road before being rushed to a nearby Durban hospital for the further treatment that he required.

At this stage the events leading up to the accident are unknown however SAPS were on the scene and will be investigating further.