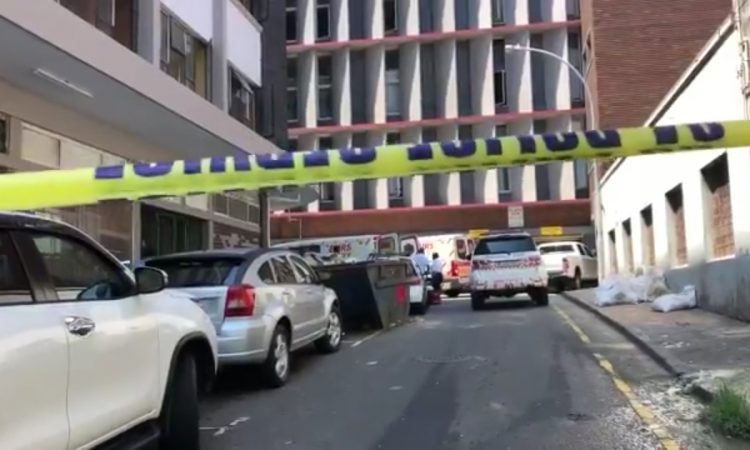 Durban – Paramedics are at a scene of a mass shooting at Durban’s Victoria Embankment where four people have died.

Rescue Care spokesman Garrith Jamieson said: “Paramedics are currently in attendance of a mass shooting in Baker Street near the Durban high court.

“At this stage it has been confirmed that two males and two females have been killed and three others have been critically injured.”

There’s just been a shooting on J N Singh Street in the Durban CDB near the high court area. Multiple fatalities have been reported. It’s believed 4 people are dead. ⁦@OpenNewsSA⁩ pic.twitter.com/GGGsbgLKGH

Paramedics are attending to the wounded.

Ambulances transport the wounded to hospital after 4 people were killed and three others critically wounded in a shooting at a block of flats behind the Durban High Court.@TimesLIVE #shooting pic.twitter.com/mtsHYfuSDT