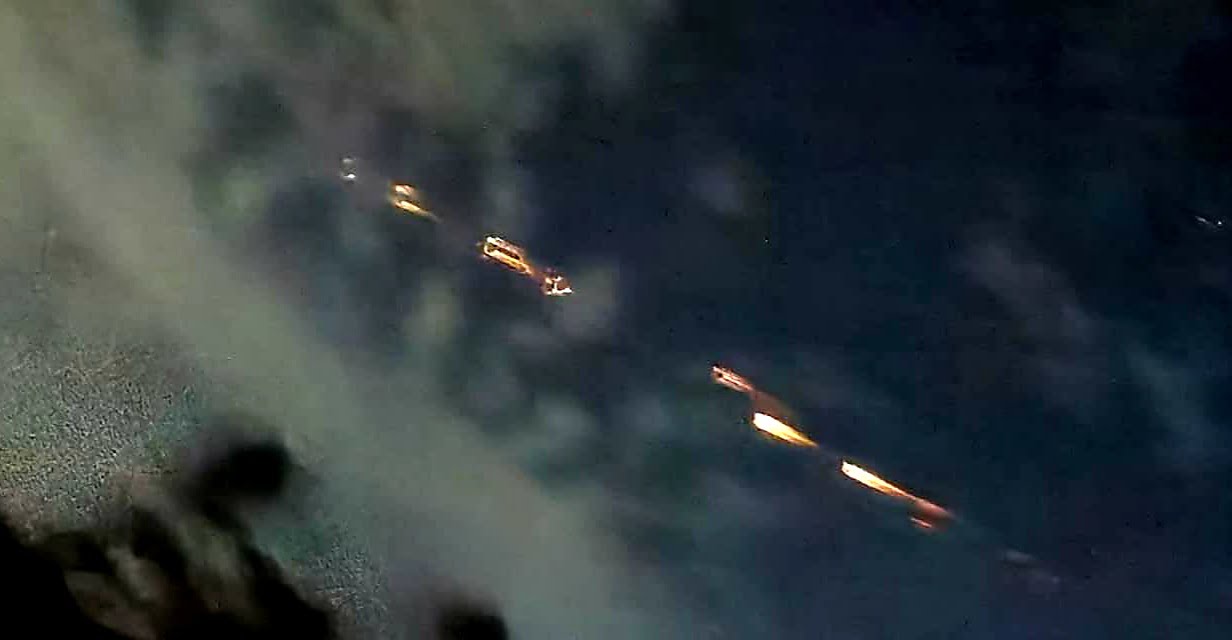 Stargazers in some parts of KwaZulu-Natal were left in awe as the much-awaited Geminid Meteor Shower graced their skies on Saturday night.

Sightings were reported in Pietermaritzburg, Durban and the South Coast.

Amazed by the occasion, witnesses took to social media.

Did anyone see this flying over Durban in the sky a few minutes ago. Is it an Asteroid, comet or some space debris close to earth? Wow. Traveling super fast! And huge!
Video by my son. pic.twitter.com/GWdBB8uyi1

Anyone else see the insane Meteor shower over Durban? Started filming 5sec in so only caught the tail end. 10+ clear fireballs. Never seen anything like this before. KZN, South Africa. #meteorshower pic.twitter.com/m7JEDcFqAx

Shooting stars like flying objects Identified in the sky in Pietermaritzburg… About an hour ago… 😳#MissFrance2022 #isencaneLengane pic.twitter.com/0VC5IsfYCa

Meteor Shower predictions for this December were on point for KwaZulu-Natal as NASA reported two days ago that the Geminids Meteor Shower was active until December 17.

The Geminids are caused by debris from a celestial object known as 3200 Phaethon, whose origin is the subject of some debate. Some astronomers consider it to be an extinct comet, based on observations showing some small amount of material leaving Phaethon’s surface. Others argue that it has to be an asteroid because of its orbit and its similarity to the main-belt asteroid Pallas.

Read also: Shortage of truck and bus drivers in South Africa as in the US and UK

Whatever the nature of Phaethon, observations show that the Geminids are denser than meteors belonging to other showers, enabling them to get as low as 29 miles above Earth’s surface before burning up.

Meteors belonging to other showers, like the Perseids, burn up much higher.

The Geminids can be seen by most of the world. Yet, it is best viewed by observers in the Northern Hemisphere. As you enter the Southern Hemisphere and move towards the South Pole, the altitude of the Geminid radiant – the celestial point in the sky where the Geminid meteors appear to originate – gets lower and lower above the horizon.

Thus, observers in these locations see fewer Geminids than their northern counterparts.

Who else saw this yesterday?? What was that ?

Learn more about the Geminids below:

This is why are they called the Geminids

All meteors associated with a shower have similar orbits, and they all appear to come from the same place in the sky, which is called the radiant. The Geminids appear to radiate from a point in the constellation Gemini, hence the name “Geminids.”

How fast are Geminids?

How to observe the Geminids?

If it’s not cloudy, get away from bright lights, lie on your back, and look up. Remember to let your eyes get adjusted to the dark – you’ll see more meteors that way. Keep in mind, this adjustment can take approximately 30 minutes. Don’t look at your cell phone screen, as it will ruin your night vision!

Meteors can generally be seen all over the sky. Avoid watching the radiant because meteors close to it have very short trails and are easily missed. When you see a meteor, try to trace it backwards. If you end up in the constellation Gemini, there’s a good chance you’ve seen a Geminid.

Observing in a city with lots of light pollution will make it difficult to see Geminids. You may only see a handful during the night in that case.

When is the best time to observe Geminids?

The best night to see the shower is Dec. 13/14. Skywatchers in the Northern Hemisphere can go out in the late evening hours on Dec. 13 to see some Geminids, but with moonlight and radiant low in the sky, you may not see many meteors.

Best rates will be seen when the radiant is highest in the sky around 2:00 a.m. local time, including the Southern Hemisphere, on Dec. 14. The Moon will set around the same time. Therefore, observing from moonset until twilight on Dec. 14 should yield the most meteors.

You can still see Geminids on other nights, before or after Dec. 13-14, but the rates will be much lower. The last Geminids can be seen on Dec. 17.