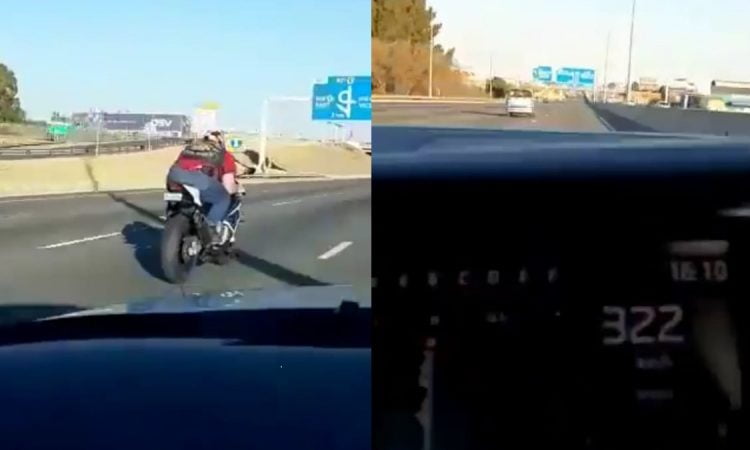 Social media was abuzz last night with outraged members of the public after a video of a motorist doing 322km/h on R21 in Johannesburg surfaced. It soon became viral and calls for law enforcement to act grew.

The video was posted on Twitter by crime activist Yusuf Abramjee at 17h22 and by midnight it had been retweeted over 1000 times.

The video appears to have been filmed by a passenger from the car.

In the 2 minute 8 seconds video, the speedometer is initially captured at 179km/h before it rapidly shoots to 241km/h.

The videographer shows from the passenger side, a motor bike approaching seemingly to overtake but the car accelerates leaving it behind.

The motor bike appears again and this time overtakes the car.

The next glimpse on the video shows the car now passing the motor bike doing 299km/h.

Adrenaline rushes as the car accelerates more to top it at 322km/h, the videographer can be heard laughing at the driver’s achievement.

What’s more disturbing is the passenger saying that the car’s brake discs needs skimming. Like who the hell skims brake discs on such a high performance car?

Just shows the mentality of these guys.

* Check the wobble when he brakes before the end of the video. Distorted discs.

E-toll gantries have cameras right? Lets see them being put to good use.

Just got palpitations watching this vid