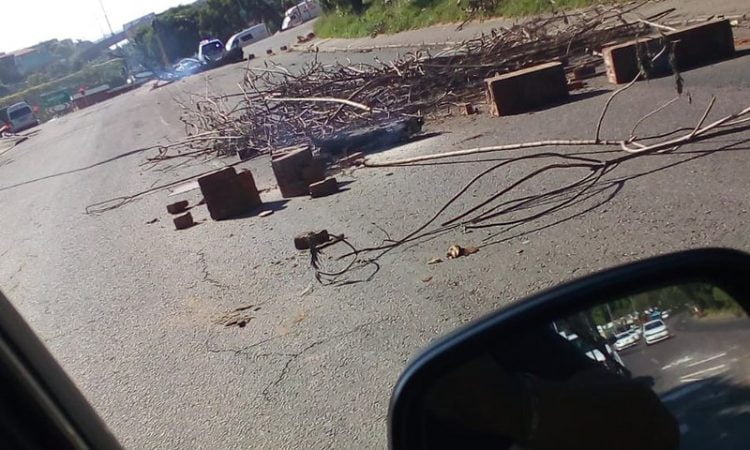 Durban – A motorist from Cowies Hill that drove through Cato Manor this morning says while police cordoned off areas to traffic, she could see heaps of debris and rubbish leftover from protest action the night before.

She says she was trying to get onto the N3 from Overport, after dropping her son off at school.

“The police were standing off. They had cordoned off the entire road that leads to Cato Manor. There was literally a big tree blocking the road. There was no access, in or out. The road was completely gridlocked. There were rocks, smouldering pieces of grass, sand, rubbish being strewn across the road.”

Durban Metro police told us earlier that after last night’s protest action by land invaders demanding houses, clean up crews were about to start working to clear the roads.

Some of the main routes affected include Bellair Road and Mary Thiphe Street.