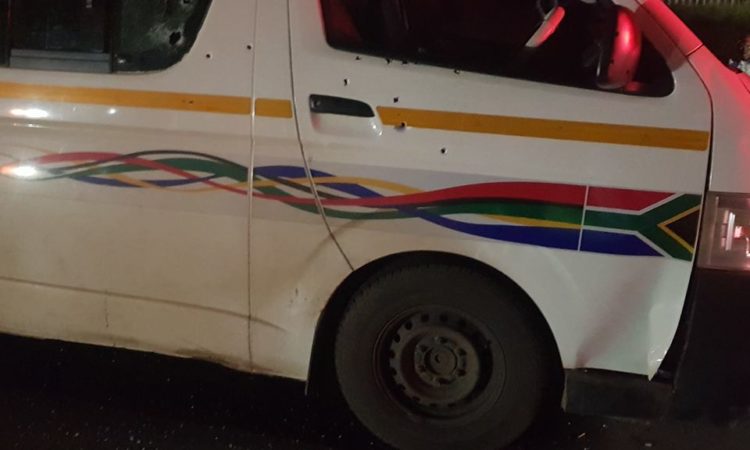 Durban – Three people, a 10-month-old baby, a schoolgirl – still dressed in her school uniform and a young man were killed in a drive-by shooting in Cato Ridge on Wednesday night around 20h00.

The three and others were in a taxi from KwaNyuswa to Cato Ridge when they were ambushed by an number of gunmen who sprayed bullets on their minibus taxi.

Prominent Private Investigator Brad Nathanson shared the horrible news on his Facebook page after he was called by to help at the scene.

“We could not have expected what we found on arrival. The driver’s side of the taxi was riddled with bullet holes. Cartridges on the ground told me that an AK 47 had been the weapon of destruction,” said Nathanson.

“In the taxi lay a school-girl, her young body contorted by the bullets that had ripped through her killing her likely instantly. A young man’s body lay crumpled in front of the sliding door.

It was obvious by the way that his body lay that he had attempted to flee from the gunfire and a baby who, if not for a single gunshot wound, would otherwise have looked like she was only sleeping. Her young brother had a gunshot wound to the back of his head but it was only a graze and their Mother had been shot in the stomach,” he added.

Nathanson said there was so much agony in the air with women crying, people groaning from pain and sirens approaching.

“The smell of blood was palatable,”

It could not be immediately ascertained how many people were injured in the shooting.

Taxi violence has rocked the area for a long time now as owners fight to control certain routes but it’s not known if this incident is related to previous ones.

KZN SAPS were in attendance to investigate further.