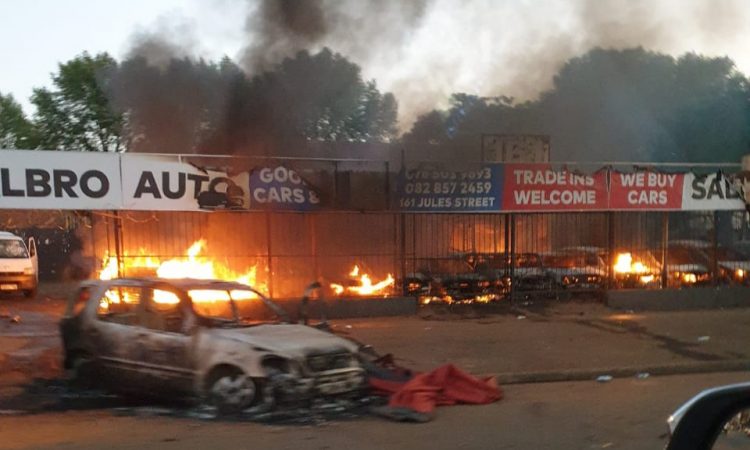 Johannesburg – Violence across Gauteng has now resulted in five people being confirmed dead with more than 180 people arrested as police and residents of parts of the province clash.

Several areas in the province have been plagued by xenophobic attacks and looting since Sunday.

News24 previously reported that residents vowed not to stop their attacks and will continue until the weekend.

In Alexandra, Gauteng Premier David Makhura was greeted by streets filled with business inactivity and many shops that had been looted and attacked.

Gauteng police commissioner Lieutenant General Elias Mawela said officers were coping and that the ringleader behind the looting has been identified and an arrest would be executed soon.

In a statement, Gauteng police spokesperson Colonel Lungelo Dlamini revealed that five murders have been reported: two in Corronationville, two in Hillbrow and one near a hostel in Jeppestown, a figure which has been condemned by Cele.

Police believe that the increased deployment in areas identified as hot spots has had a stabilising effect.

“189 arrests have been effected since Sunday for criminal acts including violence, malicious damage to property and theft,” Dlamini said.

Dlamini said police would also be keeping an eye on “criminal gangs” who are looking to take advantage of the situation by breaking into businesses.

“Except cases of public violence, malicious damage to property and theft, there will be more focus on investigation of business break-ins and theft,” said Dlamini.