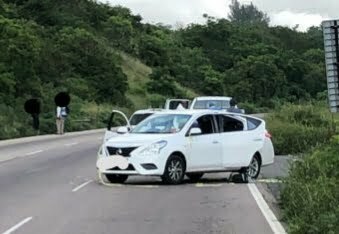 Durban – Two suspects were killed and a third was arrested following a dramatic chase and shootout on the M7 highway on Wednesday morning.

The suspect vehicle was spotted travelling southbound on the N2 national highway and officers began following it onto the M7 towards Pinetown, where the vehicle turned off towards Queensburgh.

Noticing that they were being followed, the suspects jumped the traffic light, fleeing back onto the M7 towards Durban and a highspeed chase ensued with the suspects opening fire on the pursuing officers.

In the haste to evade arrest, the driver lost control of the vehicle, colliding with a member of the public and coming to a stop. Three suspects alighted from the vehicle firing shots at our officers who returned fire, fatally wounding two men and injuring a third who attempted to flee and was arrested by the SAPS. Their accomplice managed to evade arrest, fleeing on foot into a nearby area of dense bush.

The SAPS K9 unit was called in to assist with a search, however, the suspect remains at large.

The injured suspect was treated and stabilized on scene by paramedics, before being taken under police guard to a nearby medical facility for further care. 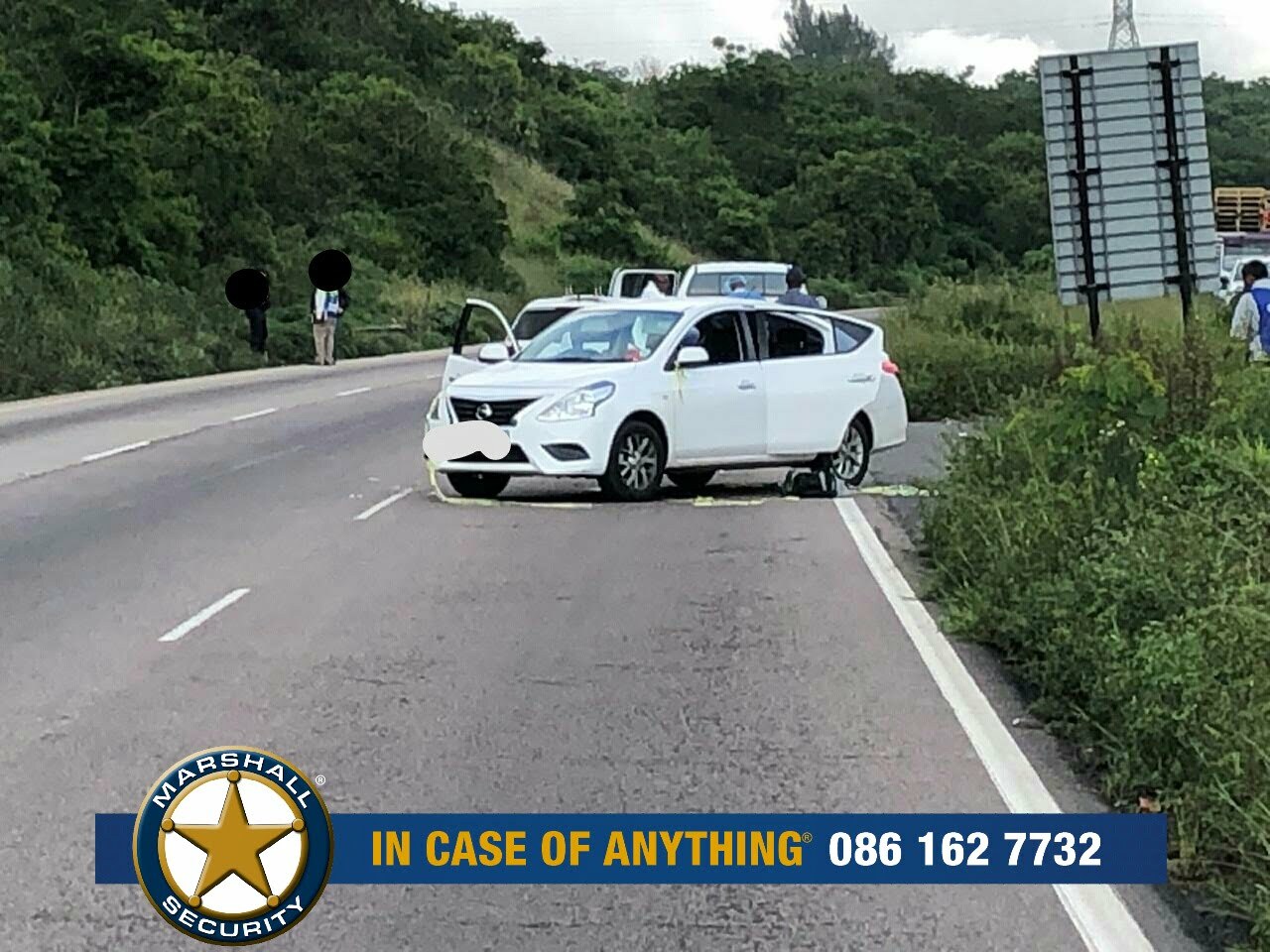 No member of the public was injured in the collision.

Further investigation revealed the suspects to be in possession of two unlicensed firearms and live ammunition.

The vehicle was confirmed to have been taken in a recent hijacking in the Scottburgh area of the KwaZulu-Natal south coast.

The suspects have been linked to several cases of serious and violent crimes including hijacking and house robbery across the greater Durban area of late.

A search of their vehicle found them to have been in possession of a police radio as well as gloves and balaclavas and information received indicates that the suspects were on route to conduct a possible hijacking.

The scene was secured and handed over to the South African Police Services for further investigation and processing. Source: Marshall Security