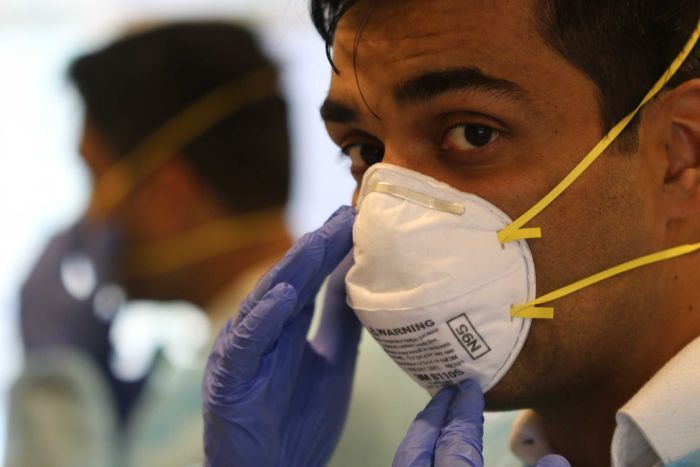 Durban – Officials have confirmed that the first South African who tested positive for the coronavirus is a resident from the KwaZulu-Natal Midlands.

Health Minister Dr Zweli Mkhize confirmed on Thursday that the 38-year-old resident tested positive for the virus and had put himself in self-quarantine. He had returned to South Africa recently after a trip to Italy.

The Health Ministry said the man consulted a private doctor on March 3 with symptoms of fever, headache, malaise, a sore throat and a cough.

The necessary testing was done and Nasopharyngeal swab were taken from the patient and tested.

Teams from the National Institute of Communicable Diseases were contacted and they confirmed that the man had in fact tested positive for corona.

It is believed that the doctor who treated the man has also been put into quarantine.

At this stage, the Department of Health has deployed tracer teams to the area, along with epidemiologists and clincians from the NICD.

In a message posted on a local Facebook group and purported to be from the man’s wife, it states, “We have been home in quarantine since Tuesday. The kids and I don’t have symptoms but will be tested. We are trying to deal with all of this, obviously it is a big shock as we didn’t for one minute thing he had the virus.”

Read also: Coronavirus: What to do when you suspect you may have been exposed

In a media briefing, Mkhize said the teams will be tracking down those people who were in close contact with the patient. This, Mkhize said, will include those on the airplanes that he travelled on and others who he may have come into contact with.

Coronavirus: What to do when you suspect you may have been exposed