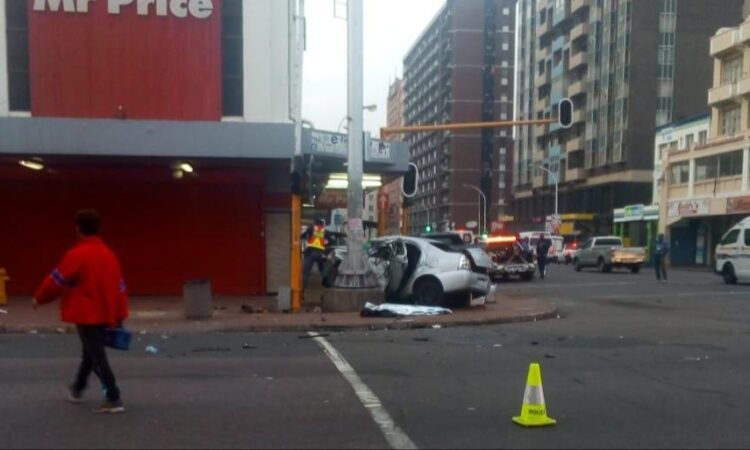 Two people died and and six others were injured in a collision between two cars on intersection of West street and Broad street in Durban CBD on Friday morning.

Shortly after 04h30 Life Response paramedics arrived on the scene to find two vehicles collided on the intersection leaving three people severely entrapped in the wreckage and five others injured.

Advanced life support paramedics from Life Response ambulance service were called to assist with the critically injured as well as Ethekweni fire department, the jaws of life was used to free the three entrapped patients from the wreckage.

Sadly due to the nature of their injuries the two male passengers passed away on the scene and the male driver was transported to hospital.

Five of the occupants from the second vehicles sustained moderate injuries and were treated on scene before being transported to a nearby hospital.