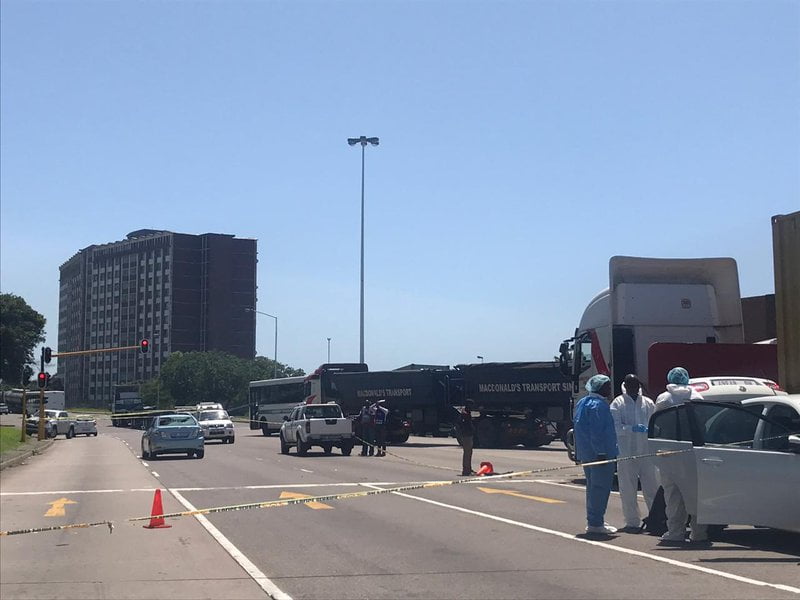 Durban – Two men were shot and killed in what appears to be a drive-by shooting near a motor licencing office in Umbilo, south of Durban.

It’s understood that the two men who were travelling in a vehicle on Umbilo Road near the licence office were met with heavy gunfire from suspects in another car.

ECR Newswatch arrived on scene to find a huge police contingency and a large crowd of onlookers watch the bullet-ridden Toyota Corolla in the middle of the road.

While KZN Police have not commented yet on the shooting, reports from onlookers and sources on the scene are that the vehicle came to a stop at the robot just outside the licensing centre and a vehicle that was travelling behind them opened fire and drove off.

#DurbanDoubleMurder This resident says he heard the gunshots and saw his neighbors running out of their homes @ECR_Newswatch pic.twitter.com/69ogP5CyGh

The motive of the shooting is not known at moment.