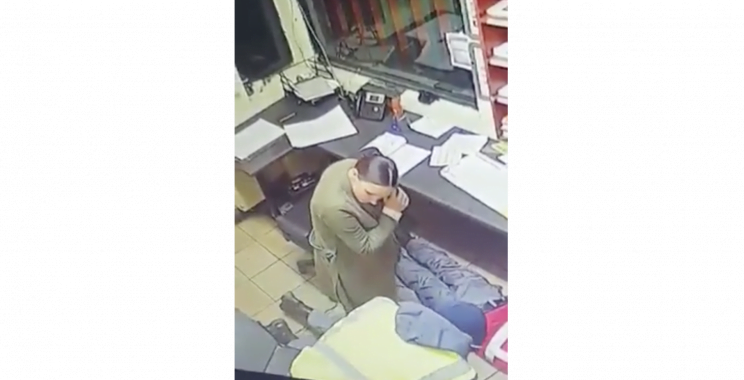 Gauteng police have launched a manhunt for a gang of 16, including a woman, who were involved in a business robbery at Jet Park in Boksburg on the East Rand this week.

Police spokesperson Captain Mavela Masondo said the group allegedly entered the premises of the company on Wednesday night and held up the security guards at gunpoint.

Armed robbery at a depot in Jet Park. WATCH: pic.twitter.com/56YbtE8nxY

They ordered the employees to load boxes of chocolates into the trucks.

He said they also stole the cell phones of the employees and fled the scene.

No injuries were reported.

The value of the chocolates could not immediately be established.

A case of business robbery had been opened. No arrests were made.

“Investigation is under way to establish if this gang is involved in other crimes, especially where the same modus operandi was used,” Masondo said.

Another video surfaced of a robbery last year.

Anyone with information can call the nearest police station or crime stop on 08600 10111.