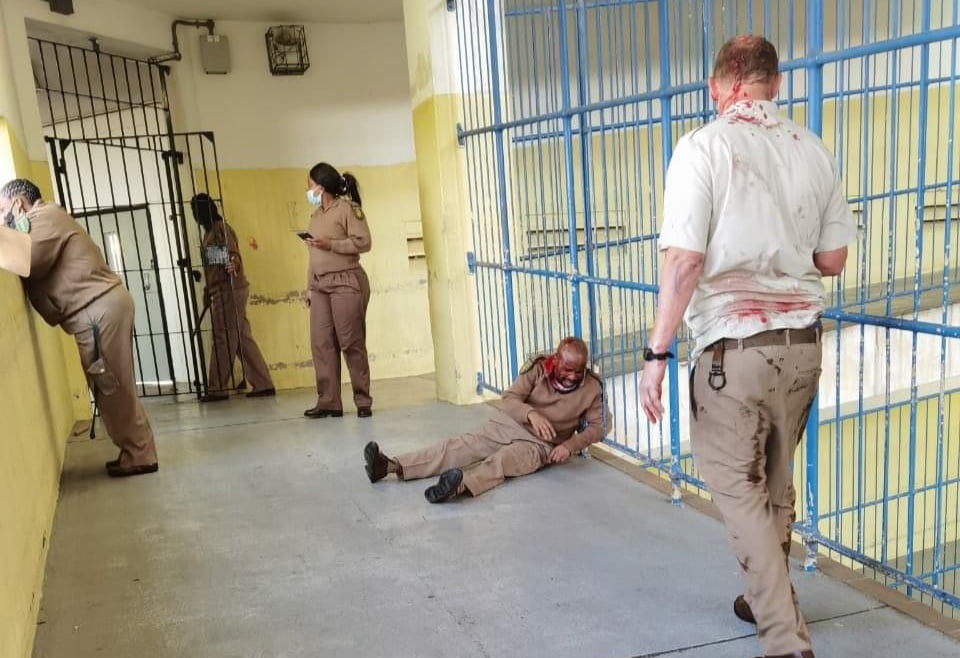 Durban – A number of prison warders have been injured in Westville Prison after violence flared amongst inmates.

Information reaching TellitallSA suggests that a fight broke out amongst the prisoners. The prison guards were injured when they were trying to control the situation.

Reports elsewhere say that inmates had revolted against the guards but this could not be immediately confirmed.

Westville Prison siren going on and on..

Images of bloodied guards have been circulating on social media and those who live in close proximity to the maximum prison report that the siren at the jail has been going on.

At this point, it is yet unclear what took place but even the visibility of helicopters around the prison can be seen from a distance.

However, he surrendered to Estcourt Correctional Centre a few minutes before his deadline to submit himself at a police station or correctional centre.

This is not the first time inmates at Westville Correctional Facility had been involved in a brawl with warders.

In August 2020, several prison wardens were stabbed by inmates in what was called a “security-related incident” by the department of correctional services (DCS).

“It is reported that a group of offenders attacked officials with sharpened objects after morning meals had been served. At this stage we can confirm that seven officials and one offender sustained injuries and are receiving medical attention. The situation has been quickly attended to, and working conditions are back to normal.

“An investigation is underway and further details will be provided in due course.”

The DCS has not provided comment on the latest incident. This is a developing story.