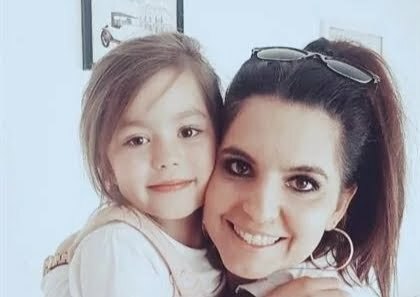 A hamburger and her brother. These are the two things Amy-Lee de Jager, the Grade R learner who was kidnapped in front of Laerskool Kollegepark in Vanderbijlpark, Gauteng, at around 07:40 on Monday, asked for shortly after she was reunited with her parents in the early hours of Tuesday morning.

Four men snatched Amy-Lee from her mother’s car at the school and they drove off in a white Toyota Fortuner.

Police had launched a manhunt while her distraught parents, Wynand and Angeline de Jager, waited at the Vanderbijlpark police station for any news.

“It was not an easy time for any of us,” Louise Horn, Amy-Lee’s aunt and Angeline’s sister, told News24 on Tuesday. “But we managed to get through it…”

Horn said Amy-Lee was dropped off by her kidnappers between 02:00 and 02:30 on Tuesday on a street close to The Shakespeare Inn hotel in Vanderbijlpark.

“They showed her a blue car parked in front of a shop and told her it was her mother’s car. They gave her R4 and told her to buy some water at the shop across the road because she would not eat the food or drink the water they offered her.

“When she told them the car was not her mother’s, they simply drove off. She then started screaming and was then taken to the police station by a couple who found her. The man and woman don’t have a car, so they ran with her. When they got there she was immediately reunited with her parents.”

Wynand and Angeline had been at the station all night waiting for any news on their daughter. “Wynand was on his way out to get some fresh air when he saw the couple walking towards him with Amy-Lee. He told me there was no way to describe what he felt at that moment.

“The first thing Amy-Lee said was that she wanted a hamburger and her brother. So they bought some burgers and came straight to my house where her little brother had spent the night.”

Horn said the family remained traumatised and confused, but were “okay now”.

“Amy-Lee was then taken to hospital but appeared unharmed,” Horn said. “I don’t think everything that happened has sunk in yet.”

No ransom had been paid, according to Horn. A demand of R2m had earlier been made by the kidnappers. “I suspect the massive media attention must have rattled these guys.”

Horn said while the family still had many questions, they are relieved that the ordeal is finally over.

“These things happen to other people. You never think it will happen to you…”

“It is our appeal that this investigation be allowed to take its course.”

Amy-Lee reunited with family after abduction from Vaal school