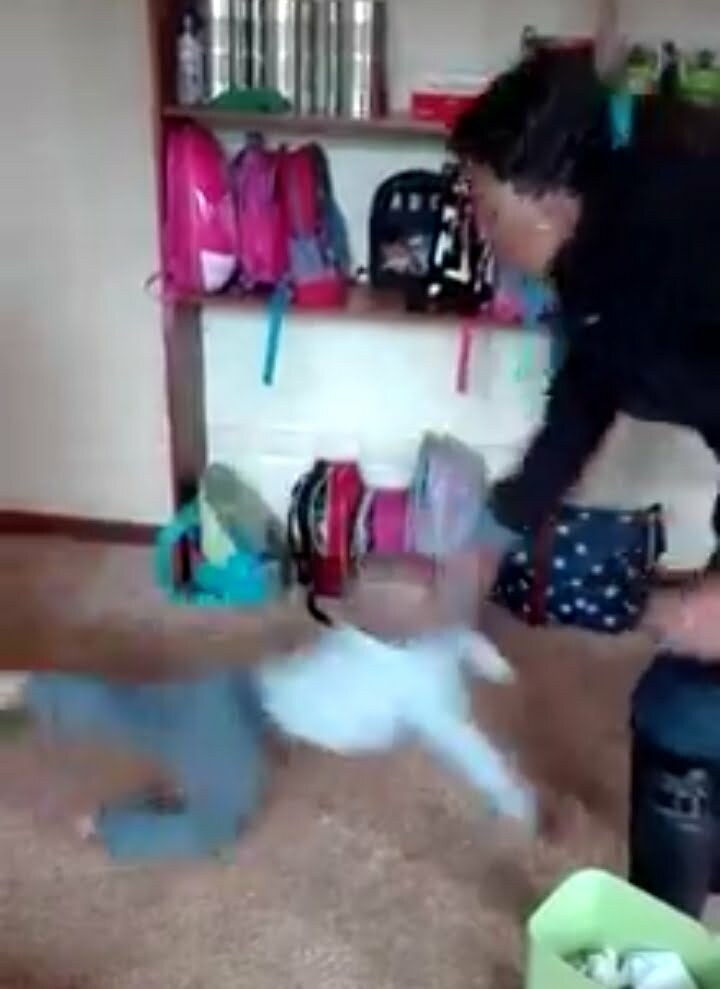 Johannesburg – A lawyer representing the principal of the Carletonville crèche where a caregiver was filmed assaulting toddlers on Wednesday made damning accusations as to how the three videos of the assault were leaked.

The videos have gone viral on social media.

Speaking on behalf of the school from outside the crèche, Danie van Zyl said a disgruntled former employee had decided to share the videos with parents after she was fired, Timeslive reported.

“The lady taking these videos, she blackmailed the principal,” said Van Zyl.

“She threatened that she would make these videos viral and send them all over the country and to the parents because she wants to teach her a lesson. That transpired because she was dismissed for an earlier incident involving some alleged dishonesty,” he added.

TellitallSA has decided not to name the crèche as it could infringe on the rights of the children who are enrolled there.

The school principal’s phone remained engaged on Wednesday afternoon and efforts to reach her proved fruitless.

Police confirmed that the caregiver who was filmed assaulting the sick child had been arrested. Further details would be released soon, they said.

Van Zyl, however, said police were now pursuing the teacher who had taken the videos and allegedly tried to blackmail the principal with them.

The three videos depicting the assault caused outrage. If the dialogue heard on the video is anything to go by, one of the toddlers was beaten for vomiting, while another was beaten for not wanting to sleep.

The clips show how the caregiver repeatedly smacked the children on the buttocks, slapped them over their heads with open hands, beat one on the head with a wooden scrubbing brush and grabbed them by the collars.

One of the children was seen being grabbed and thrown on to the carpet, where the caregiver is then seen putting her foot on the little boy’s head.

Van Zyl maintained that the school principal, whom he referred to as Mrs Edwards, “had no idea” about the abuse suffered by the children.

A parent of one of the children who was filmed being assaulted, however, said that she had confronted the principal with her suspicions after her child, who at times came home with bruises, repeatedly cried when she was being dropped off.

“When I reported this to the principal, she said my daughter is an emotional person and I am overreacting,” the woman said.

Her daughter was 17 months old when she was first enrolled at the crèche. She was there for seven months.

“I took her out of the crèche two months ago. It was because of instinct. Every mom has that instinct. I couldn’t force her to go back there because she was not the same child anymore,” she said.

Child minder in Carletonville creche assault video out on bail