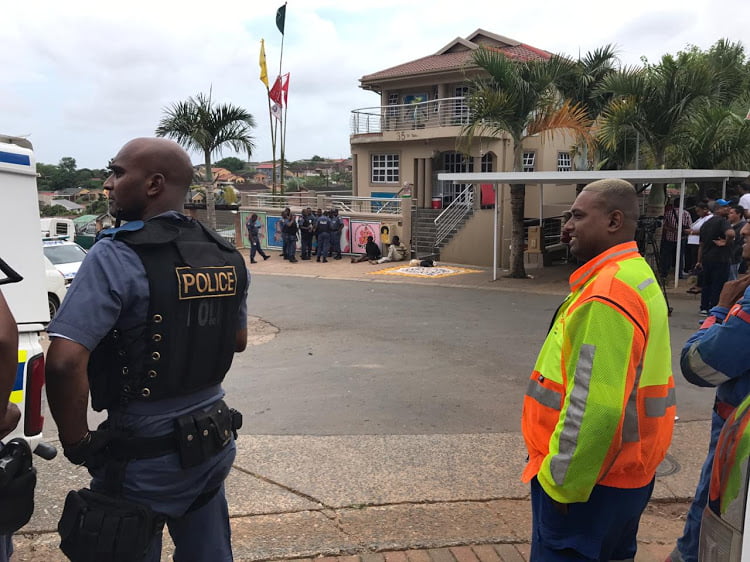 A police officer was injured when he was hit on the head by a brick and police vehicles were damaged by angry members of the community during a raid at the home of suspected drug kingpin Yaganathan Pillay, commonly known as Teddy Mafia, in Chatsworth, Durban, on Saturday.

More than 20 police vehicles and a large contingent of police officers descended on Table Mountain Road in Shallcross and a police helicopter hovered above to monitor a tense situation.

A section of the road had been cordoned off while a large number of police stood on the other side.

It is alleged that a 300-strong group stoned police cars and somehow managed to steal a police R5 rifle. This could not be immediately verified by the police. Police at the scene were not willing to share any information about the raid.

When TimesLIVE contacted KwaZulu-Natal police spokeswoman Colonel Thembeka Mbele, she said she was still on the way to the scene and did not have many details.

Pillay’s home has been the subject of many police raids. In 2016, Pillay was arrested after he was allegedly found in possession of about R1.8m worth of drugs and various firearms, including a Beretta 6.35 pistol and a home-made gun.

It was also reported that R5m worth of drugs were found in his home during a police raid in January 2013.