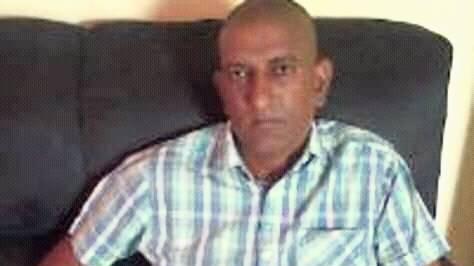 Durban – A PHOENIX father may never walk or speak again after he was mauled by two dogs, believed to be a boerboel and a labrador retriever, on Thursday night.

Dharmaseelan Aubrey Moodley, 49, a casual driver, of Northcroft, is in a stable condition in ICU at the Inkosi Albert Luthuli Central Hospital.

His windpipe was crushed during the attack and he had to undergo a tracheostomy. He will need to undergo surgery to have a device implanted in his trachea to help him speak. Moodley was also bitten on his head and chunks of his flesh were ripped off his arms, torso and legs.

It is alleged that Moodley was walking to his friend’s home when he was attacked by the dogs in Rucklen Place. This was the fourth mauling in the area since 2016.

The owner of the dogs declined to comment on the incident.

Moodley’s uncle, Ivan Pillay said residents heard his screams for help and went to his aid.

“When the residents arrived at the scene the dogs ran off. He was lying on the pavement in a pool of blood. One dog bit him on the neck and his windpipe crushed.”

Paramedics took him to the Mahatma Gandhi Memorial Hospital before being transferred to Addington Hospital and then Inkosi Albert Luthuli Central Hospital.

“We are not sure what breed of dogs attacked him. We have been told it was a boerboel and a labrador retriever. The injury to his neck is bad and he is currently breathing through a ventilator.

“Doctors performed a tracheostomy, whereby they will have to create an opening through the neck into the windpipe and place a tube through to provide an airway for him to breathe.”

In addition, Pillay, said a device would need to be inserted in his trachea to help him speak.

Moodley’s wounds, he said, had to be cleaned every day to ensure the dogs’ saliva, which carries bacteria, was removed.

He said Moodley’s wife and children are focusing on his recovery.

“Their lives will never be the same because he was the sole breadwinner in his family. He may never be able to walk again.”

He said they had not yet had a chance to report the incident to the SPCA, but wanted the dogs removed in case they attacked again.