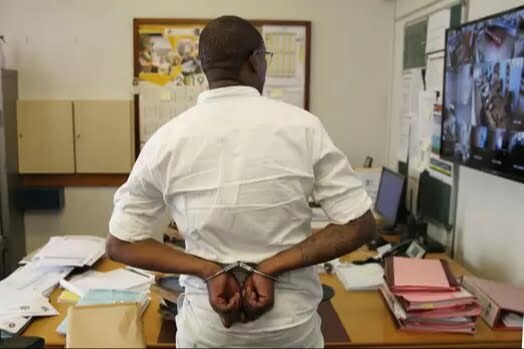 Durban – A MAN was arrested after making over R87 500 writing learner’s licence tests for more than 25 applicants.

The 39-year-old was arrested at the Mariannhill driving licence testing station in Pinetown on Wednesday and charged with fraud. It is alleged that the man wrote learner’s licence tests and charged each applicant R3 500.

Chief provincial inspector Lance Colborne, who has been working on such investigations for more than 10 years, said they found 25 tests written by the man, but with different names.

“We identified a green book ID that had a picture pasted on top of the original identity photo. The photo of the suspect was on top, which made it look like it was his ID, but with a different barcode, name and ID number. We then realised that there were 25 more files with the same picture, but different names. I quickly recognised the man because I had arrested him before, in connection with a similar case but as an accomplice,” said Colborne.

He said the man was suspected to have worked the scam at more testing stations in KwaZulu-Natal, but for now they could confirm the 25 cases in Pinetown. More arrests for the same scam are expected as more files were identified with a single picture appearing in more than 20 tests.

“The perpetrators come into the testing stations and write on behalf of the applicants, and they don’t even take five minutes and they are done. We’ll trace those who give these perpetrators their IDs to commit the fraud and find them, and they will be brought to justice,” he said.

Colborne said they would not stop until they found the mastermind of the scam.

KZN Transport Department spokesperson Kwanele Ncalane said those who got their learner’s licences illegally should hand themselves over to the police while they still could.

“This is just the beginning; our team with the Road Traffic Management Corporation (RTMC) and the Hawks are working tirelessly to root out this syndicate. We urge community members to come forward with information that will lead to the masterminds of these syndicates.

“That said, whoever is caught by our investigating team and is linked to this crime will be made an example of.”

According to the RTMC, the arrest was accompanied by the arrests of seven Road Traffic Inspectorate officials in Limpopo province on Wednesday.