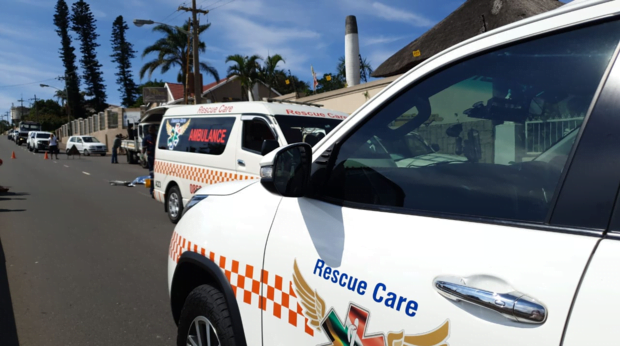 Durban – A man believed to be in his 40s died after he was electrocuted and then run over by a car in Bluff, South of Durban, a short while ago.

According to Rescue Care spokesperson, Ceron Meadows, the man been working on an overhead power line on Bluff Road when the incident occurred.

“The victim was busy with the wires when he was electrocuted and fell onto the road. He then stumbled across the roadway and was knocked by a vehicle,” said Meadows.

She said when paramedics arrived on the scene the man was in a state of cardiac arrest.

She added their attempts were unsuccessful and the man died on scene.

She said SAPS were on scene.

In March, a Durban homeowner was electrocuted while fixing a ceiling fan in Waterfall.

The 36-year-old also succumbed to his injuries shortly after. POST