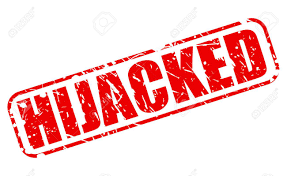 Hijackers took a Durban motorist on a nightmare drive before abandoning the vehicle in Springfield Park in the early hours of this morning.

Blue Security community and media liaison officer Andreas Mathios said armed response officers responded to a property in Fyfe Road, following a hijacking on the corner of Fyfe and Silver Willow Road at around 1.28am. “When our response officers arrived at the scene the resident advised that two men, who upon investigation turned out to be victims of a hijacking, had arrived at her gate. She pointed them out further down the road,” Mathios said.

“When our officers approached the men, they informed us that they had been hijacked after three armed suspects ambushed them. The suspects had jumped out of the bushes at the side of the road and hijacked them of the vehicle, taking a third victim hostage,” Mathios said. “The victims gave the officers a description of the hijacked vehicle and they immediately left the scene in search of the vehicle, which they located parked in Intersite Avenue, where the suspects had gone to draw cash at an ATM. The victim was found unharmed, standing outside the vehicle. The suspects had fled the scene on foot over a pedestrian bridge that crosses the Umgeni River,” Mathios said.

Metro SAPS and the K9 unit attended the scene of the crime. “No arrests have been reported at this stage,” Mathios said.

In a separate incident in Cato Crescent in Amanzimtoti , armed robbers followed a resident home and robbed him at gunpoint, at around 9.40am yesterday. “Four armed suspects, who were driving a brown/beige VW Polo, held up the resident just after he drove onto his property. They robbed him of cellphones and then headed to another property in Cato Crescent where they derailed the driveway gate and forced open the front door,” Mathios said.

“Fortunately, the resident’s mother managed to press a panic button and disturbed the suspects who fled the scene,” Mathios said.

A member of the local Community Crime Prevention Organisation (CCPO) and the Amanzimtoti SAPS attended both crime scenes.