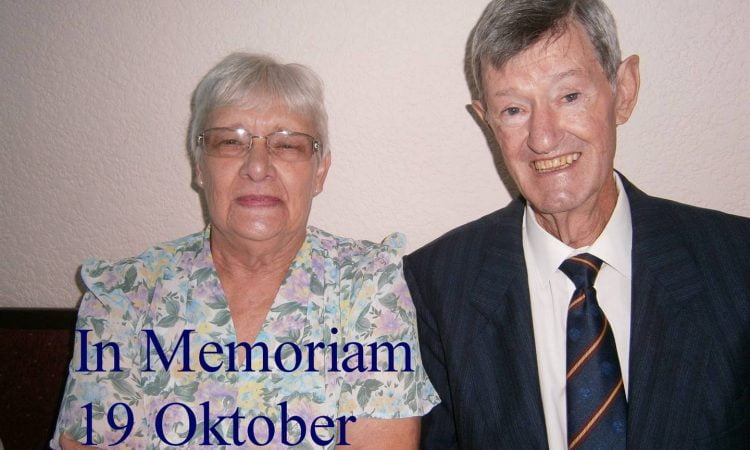 Henning Schourie, 82, and his wife, Hilda, 80, were attacked and killed in their home in Sophiatown, Johannesburg, on Saturday at 12:55. The couple apparently lived alone.

Capt. Police cluster spokesman Jerbes de Bruyn says police are investigating a murder and house robbery case and already have a suspect in custody. So far, nothing seems to have been stolen, but the investigation is still ongoing, he says.

De Bruyn said there was so much blood on the scene that it was difficult to see at first glance how exactly the couple had died.

“The post-mortem will determine the cause.”

According to de Bruyn, the ADT security company was first on the scene and saw through the window, the suspect hitting Hilda.

“The security guard yelled at him to release her. That’s when the attacker ran out and jumped over the wall. ”

De Bruyn said the security guards pursued the attacker and shot him in the leg. They arrested the wounded man.

The murdered couple were lying side by side in the living room when police found them.

De Bruyn says police are still trying to determine if there were any more people involved in the murder and robbery. It is also unclear if the killer was armed, but police did not find any firearms at the scene.

“There is a broken window, but we are not quite sure if he / she is through it and whether he / she came in through the doors,” says De Bruyn.

Ds. Stephan Briel, pastor of the Reformed Congregation of Bergbron, where the couple were members, was notified of the incident after police called an emergency number – another member of his congregation.

Briel then immediately went to the scene where he met the couple’s son.

“I heard the neighbors heard the uncle and aunt shout. They (the neighbors) then shouted back at the robbers to release them and then immediately called the neighborhood watch and police, ”says Briel.

He described the police support as “wonderful”.

According to Briel, his worship service was very emotional on Sunday morning, with members sneaking around.

“However, the Lord has come to our comfort,” he says.

The Reformed municipality of Bergbron wrote on Facebook on Saturday: “These dear people, Uncle Henning and aunt Hilda Schourie, died this afternoon in an armed robbery at their home. Our congregation will miss them greatly. We honor their memory. ”