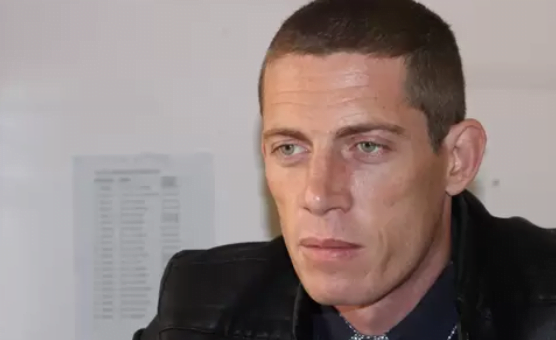 Durban – In convicting and sentencing a serial rapist to seven terms of life imprisonment, a Mtubatuba High Court Judge commended an Empangeni policeman for his “sterling investigation” of the case.

The serial rapist, 25-year-old Mhlonipheni Mjadu, was convicted for rapes dating back to 2013.

Little did Constable Duncan Boardman know that when he took up a rape case in 2015, it would eventually lead him to Mjadu, who he linked to 17 rape cases through his DNA.

“I worked hard on the cases and it was a good feeling to close the cases with a successful conviction,” said the police officer of eight years.

Women in KwaNdayi, just outside eMpangeni, had been living in fear of a serial rapist, who would break into homes in the middle of the night and rape his victims, from 2013 to 2016.

His modus operandi was to threaten the occupants in the house by shining a cellphone torch on his firearm, showing them it was real.

Boardman, with the eMpangeni Family Violence Child Protection and Sexual Offences (FCS) Unit, in 2015 responded to a rape scene in Kwa-Ndayi, where he found a 24-year-old victim had been raped.

He said the victim had been asleep with her boyfriend when they were woken up by the suspect brandishing a firearm.

Mjadu took his victim outside at gunpoint to a nearby house that was under construction and raped her.

“I could tell that this was a very well-planned crime and when the following month another rape was reported with a similar modus operandi, I knew that the rapes were not just random,” Boardman said.

He said the victims in these cases were unable to identify Mjadu in any way, except that he was carrying a black firearm, and with more cases that were coming up, other victims said he was carrying a silver firearm.

“He was an unknown and at some point I actually thought we’d never catch him,” Boardman said.

He said from his investigation he gathered that Mjadu used a tavern to monitor his intended victims because most of them lived close to taverns.

For three months things went quiet. “Then through information, I managed to get a name and a surname. When I checked in our system for the name and surname, I found the person I was searching for had been arrested on a robbery case, and I now knew we were dealing with someone who lived in the area,” said Boardman.

He said Mjadu’s victims were all in their twenties, except for one who was 12 years old at the time.

“The difficulty now was trying to get the victims and witnesses for trial. The trial had to be postponed twice because of this. I think the 12-year-old girl must have been 14 or 15 when the trial started.

“The victims stood by me through the investigation and were pleased to finally put this behind them.”

In addition to the life sentences, Mjadu was sentenced 75 years for five counts of robbery, 30 years for six counts of housebreaking, and 12 years for attempted rape.

Clairwood boys’ murders – ‘We force fed them poison and strangled one’