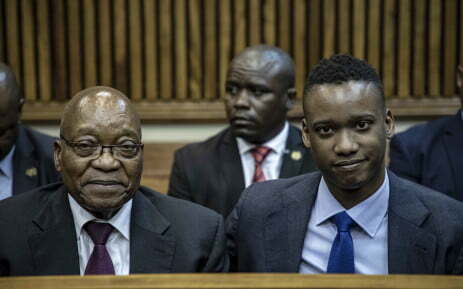 JOHANNESBURG – Former President Jacob Zuma said he was relieved that his son Duduzane has been acquitted of culpable homicide and negligent driving.

Zuma has consistently been at his son’s side throughout the court case which has been going on for nearly five years after a car crash he was involved in killed Phumzile Dube.

Speaking shortly after the judgment was handed down in the Randburg Magistrates Court on Friday morning, the former president explained that he was satisfied that his son was found not have acted negligently.

Magistrate Tebogo Thupatlase said that the State failed to prove that Zuma had acted in any way that resulted in his Porsche veering towards a minibus taxi during a 2014 fatal crash on the M1 highway.

Thupatlase said the State failed to prove the case against Zuma beyond a reasonable doubt.

He discredited most of the evidence and testimonies presented by State prosecutors who said that Zuma was driving negligently on the night of the crash.

While Duduzane declined to comment, his father told the media shortly after the judgment was handed down that he was relieved that the matter was over.