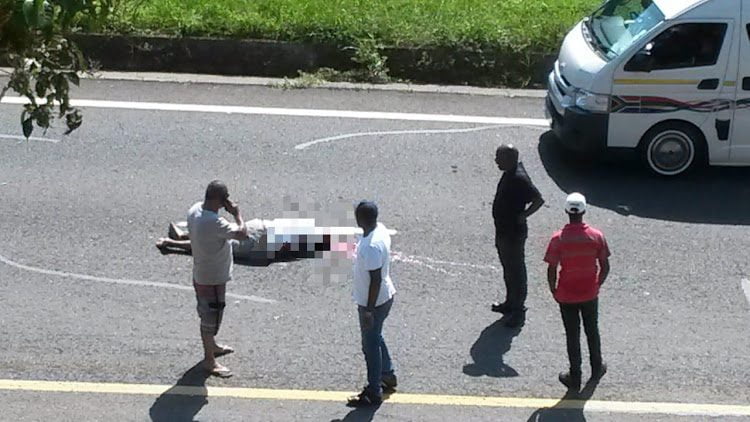 Durban – The man shot in an apparent hit on the N2 freeway south of Durban on Friday has been an identified as an off-duty policeman.

National police spokesperson Col Brenda Muridili confirmed that the police officer had been stationed at KwaMakhutha.

The man was driving his Toyota Hilux near the Seadoone off-ramp on the south coast when he came under fire from “unknown suspects”.

“He abandoned the vehicle and fled on foot but was followed by the suspects. Several shots were fired at him and he was later declared dead on the scene.

The body of the officer, whose identity we have chose to withhold until relatives have been informed, was left in the road following the shooting.

According to a police source, an AK-47 was found on the scene.

The motive for the attack is unknown.

Traffic along the busy route came to a standstill as police and emergency services attended the scene.