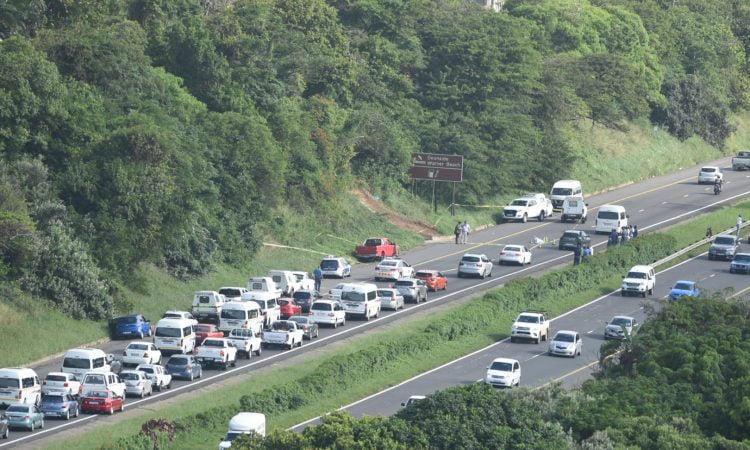 Durban – Traffic is heavily congested along the N2 southbound and Kingsway after a man was fatally shot near Doonside.

Both the N2 southbound and Kingsway are gridlocked after a shootout that took place this afternoon (Friday, 15 March) claimed the life of one man. It is believed the man was killed in an apparent ‘hit’.

Motorists are urged to practice patience as the crime scene is still active.

“Exact details that fuelled the Doonside shootout are still only speculations, but investigations are underway,” said CCPO’s George Snodey.

The investigation is currently underway and the crime scene is still active. Those travelling south from Durban will experience seriously congested traffic on nearly all routes, and are urged to proceed with caution and patience while authorities do their work.