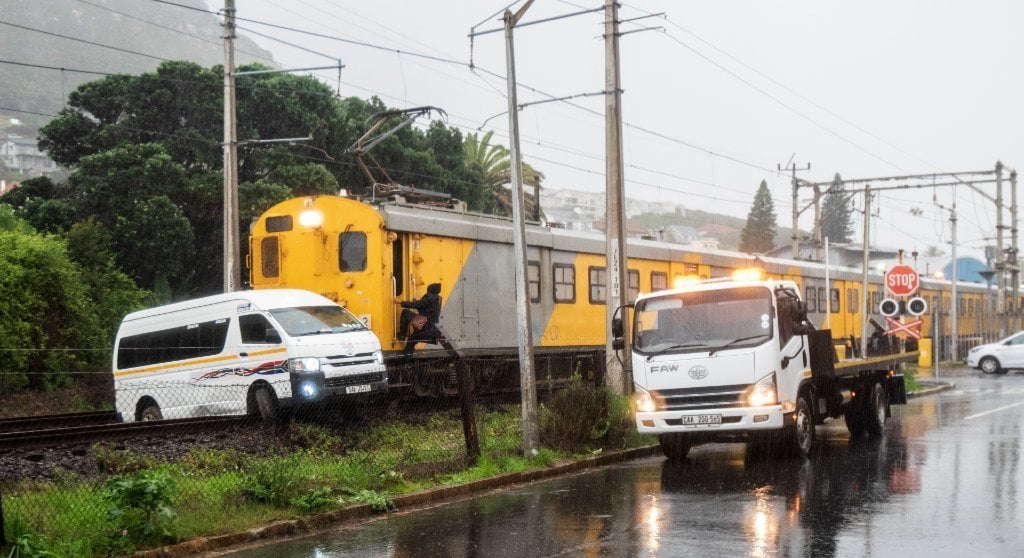 COe Town – A train and a taxi collided in an early morning accident at a Cape Town level crossing, leaving commuters stranded between Fish Hoek and Retreat.

Train 0105 was travelling towards Fish Hoek when it crashed into a taxi at the level crossing. More information on the cause of the accident was not available at the time of publication.

“Initial reports from the scene indicate no injuries on board train #0105, which was en route to Fish Hoek. The only occupant of the vehicle received medical attention on site,” Scott said.

Due to the accident, Fish Hoek-bound trains will temporarily terminate at Retreat.

“Affected commuters will be advised at stations. Passenger information and service updates will be provided on social media channels until the service recovery process is complete,” Scott added.