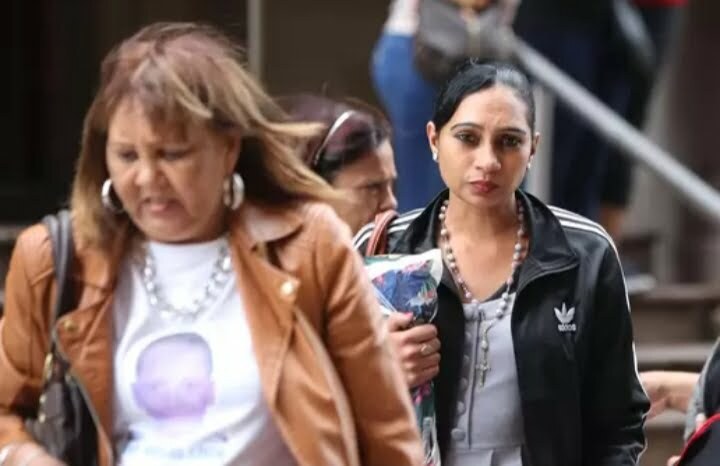 Durban – Raylene Louw used a false name to visit Mohamed Vahed Ebrahim, the man accused of killing her son Miguel, in prison. The following day her mother and ex-husband visited Ebrahim’s family, and Miguel’s body was found later that day in bush near Ebrahim’s home.

Under cross-examination by defence advocate Jay Naidoo in the Durban High Court on Wednesday, Louw admitted posing as “Reyhana” when going to prison on September 2 last year to visit Ebrahim, and offering to pay his bail.

Ebrahim, who had been in custody since July 20, was granted bail of R2 500 in the Durban Magistrate’s Court on August 29, and before he could pay his own bail, Louw arrived at the prison and offered to pay bail for his release.

Louw said she had gone to prison because she wanted to speak to Ebrahim and get answers about her son.

Pressed about where she got the money to pay Ebrahim’s bail, as she had been fired from Emam Bux Food Emporium where she worked, she said she lied about wanting to pay the bail.

“I did not have the bail money; I lied. All I wanted was to get answers from him. I was desperate to find my son,” she said.

She said Reyhana was an ex-girlfriend Ebrahim had told her about. She thought he would see her in prison if she used that name rather than her own. Naidoo said it was an extremely strange coincidence that Louw went to pay Ebrahim’s bail just before Miguel’s body was found, and asked if her desperation to find her son had not pushed her to talk to him earlier than September 2.

Louw said she had been busy looking for her son everywhere.

“From the time Miguel went missing, you waited for bail to be fixed. Why didn’t you wait for him to come out of prison?” asked Naidoo. “I put it to you that you went to prison to pay his bail for other reasons. He saw that the person there to pay his bail was you, and chose to stay inside because he did not want you to pay his bail,” the lawyer said.

Naidoo also introduced information that Louw had been in a relationship with Michael Louw, the brother of her now dead ex-husband, Kirk. He said Michael Louw was nowhere to be found after Miguel’s disappearance, and could not be reached on his cellphone.

If Michael Louw had a close relationship with Miguel as she told the court, he would have been part of Miguel’s search immediately.

Raylene Louw replied that he had participated in the search at some point, although she could not remember when. Louw denied any dispute about Miguel’s paternity, as suggested by Naidoo.

“The court would have a much clearer picture of what happened if she remembered the things she claims to have forgotten It seems you know more about your son’s disappearance,” said Naidoo.

He said Miguel’s father and maternal grandmother, Arlene Paul had gone to Ebrahim’s Phoenix home the day after Louw tried to pay his bail, the same day Miguel’s remains were later found.

He repeated an entomologist’s evidence that Miguel’s remains had been at the spot where they were found only for a few days. The trial continues.