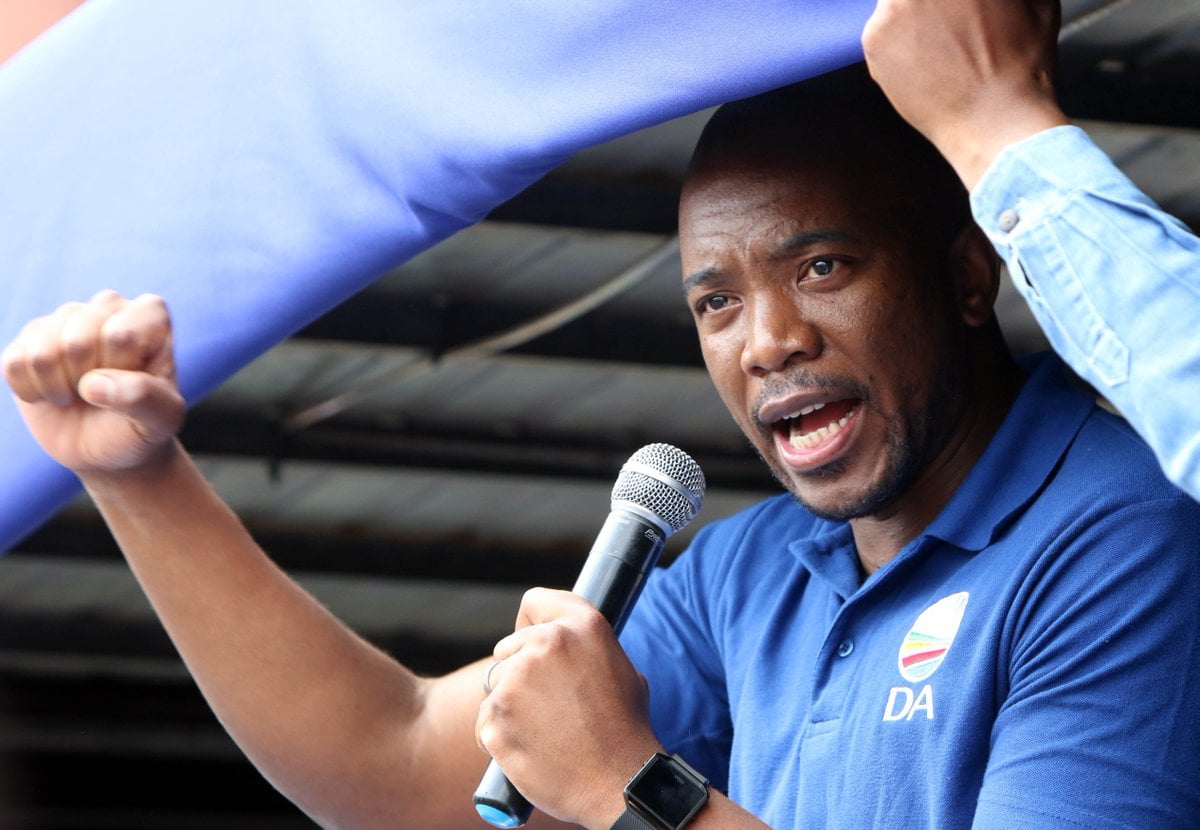 He even challenged Mampintsha to a boxing match, promising to knock him out.

This follows Babes live streaming a video, which has since gone viral, which shows Mampintsha is slapping her at least three times early this morning, via her Instagram account.

Maimane joined those voicing their anger at the incident and called on the law enforcement agencies to step in.

“As men we need to stand up strongly, that’s why I want Mampintsha to come and go to a boxing ring and let him pick on someone of his own size, I’d like to take him on,” Maimane said.

DJ Fresh who played the clip of the video in his morning show on MetroFM, also challenged Mampintsha. “If you (Mampintsha) want to fight, come here,” DJ Fresh said.

The DA leader was outlining DA’s first 100 days in office agenda should they be elected into power after the May 8 elections. He was speaking from the the steps of the Union Buildings next to the big Madiba statue.

Maimane said if Mampintsha wanted boxing, that could be arranged than opt to abuse Babes Wodumo.

CATEGORIES News
TAGS Crime and Courts
NEWER POSTDurban man who killed a man for kissing him will not be jailed
OLDER POSTCold-blood robbers shoot man dead, rob his wife in Pinetown