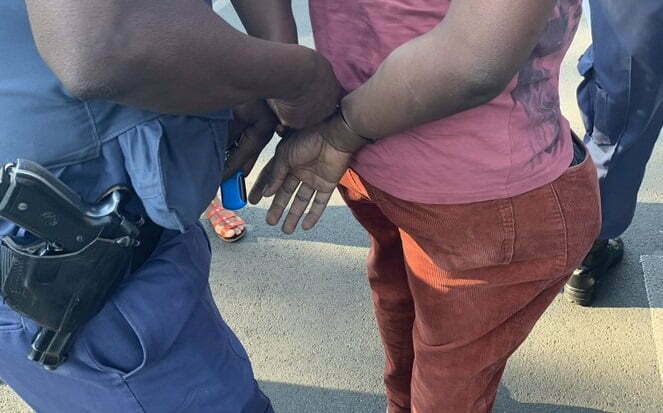 More than 300 undocumented foreign nationals were discovered in a hijacked 21-storey building in Hillbrow, Johannesburg, on Friday morning, police said.

The discovery was made during a crime prevention operation kicking off the safer festive season campaign in Gauteng.

Police spokesperson Brig Mathapelo Peters said that three suspects — two women and a man — were arrested for hijacking the building after police were able to locate the rightful owner.

“A total of 380 (353 males and 27 females) undocumented nationals from Malawi and Zimbabwe, including those found during roadblocks and in other operations, were taken in for processing and verification of their stay in the country.

“To this end, six Malawian nationals — four juveniles and two pregnant women — were released pending their appearance before immigrations authorities to prepare for their direct deportation,” Peters said.

“Meanwhile, police were also able to trace 124 suspects on whom warrants of arrests were executed for a range of crimes,” she added.

Roadblocks were mounted at strategic points in all the five districts in the province and saw a few unroadworthy cars being impounded and fines issued for contravention of road traffic regulations, Peters said.

A stolen police firearm was found on a wanted suspect, a Mozambican national, who was also driving a suspected stolen vehicle on the N12 in Alberton.

Police also confiscated a firearm at a roadblock on the N3 and a suspect was arrested, while another two firearms were recovered during a hostel raid in Thokoza where a suspect was also arrested.

“A lot more other crime areas were addressed where in Johannesburg, police confiscated counterfeit goods estimated at R25m at Lotto Building on Rahima Moosa Street. Police also found in the building and seized equipment such as stencils and plates suspected of being utilised to produce counterfeit luxury and sports brand labels.

“Visits were made to a number of pubs, clubs, liquor stores and tuck shops. Police together with agents of the Gauteng Liquor Board issued fines amounting to R9,000 and confiscated liquor the estimated value of which exceeds R1.4m. Counterfeit Rizla rolling paper and cigarettes were also confiscated. One suspect was arrested during the liquor operations.

“A case of fraud was opened in Midrand pending further investigation, after a tip-off on suspected stolen SIM cards led police to a warehouse. SIM cards of various mobile service providers packed in thousands of boxes, together with suspected SIM card manufacturing machines were seized for further investigation, while about 20 undocumented foreign nationals were found on the premises and were taken in for processing and verification as part of the 380 mentioned above,” Peters said.

“Management of the police in Gauteng have welcomed the successes which have set the tone for the safer festive season operations that will continue until the end of January 2020.

“Residents of Gauteng can look forward to high visibility in known hotspots such as shopping centres and malls; more roadblocks to address road fatalities; visits by the police to places of entertainment; and more shutdowns of illegal liquor outlets; and generally more crime prevention operations,” Peters added.