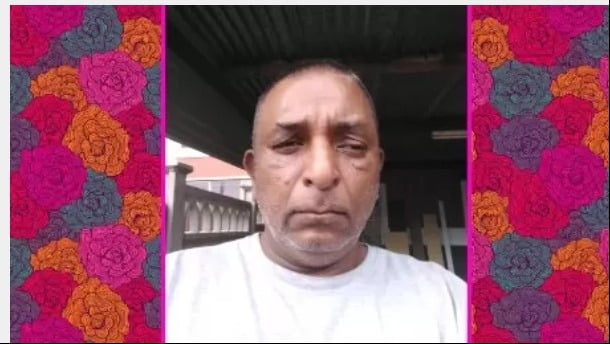 Durban – A PHOENIX family are appealing for help to find the person who killed their father
Father of two and a grandfather of six, Rodger Pillay died on Sunday after he was knocked down by a motorist, who then drove off.

Pillay, 55, was waiting for a minibus taxi on the Phoenix Highway at the Eastbury Drive intersection when a vehicle hit him at about 5.30am.

His son, Mason Pillay, said they spent Sunday searching for clues. Mason appealed to the public to come forward if they knew who might have knocked his father down.

Pillay worked as a tally clerk for Maritime Shipping Services.

According to his close friend and neighbour, Suren Karamchand, police had dialled the last number on Pillay’s phone to try to contact his family.

His work colleague answered and passed on the message to the family.

Mason said his father died in a brutal way.

“There were pieces of a car bumper everywhere. How can the person be called a human being if he does this and drives off as if nothing happened? There were no brake marks on the road. My main concern is that it must not become a cold case,” he said.

Mason said the family were in a state of shock and preparations were under way to have the funeral on Wednesday.

“My father was retiring. Sunday would have been his last day at work. My mother made some biscuits for him to celebrate with his colleagues.”

Karamchand said Pillay was a humble and hard-working person.

For Karamchand, his friend’s death brought up memories of the loss of his two sons Nikhiel, 17, and Threshen, 23, who died in a collision in the same vicinity while travelling to work on September 23, 2017.

“People who show no respect for life must face the full might of the law. Too many innocent lives are lost due to hit-and-run accidents,” said Pillay.

Phoenix resident Joeline Govender said even though it was a national lockdown and the roads were almost empty, she still saw people speeding while she drove to and from work.

Police spokesperson Captain Nqobile Gwala said officers at the Phoenix police station were investigating a case of culpable homicide, failing to stop at an accident scene and failure to render assistance to an injured person.

Anyone with information is urged to contact SAPS Crime Stop on 0860010111.